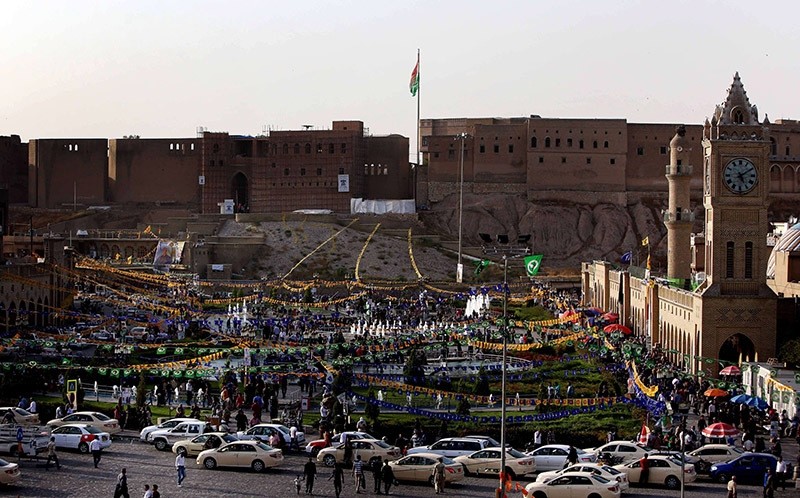 Irbil, northern Iraq, has so far been one of the least impacted cities by the ongoing hostilities in the war-torn country. (AFP Photo)
by Anadolu Agency Nov 09, 2016 12:00 am

Iraq's Kurdish Regional Government (KRG) on Tuesday denied remarks by a high-ranking Iranian official in which he said that KRG President Masoud Barzani had allowed the Saudi consulate in Erbil (the KRG's administrative capital) to supply weapons to a group hostile to Iran.

The KRG described the assertion -- made earlier the same day by Major-General Yahya Rahim Safavi, a special advisor to Iranian Supreme Leader Ali Khamenei-- as "baseless" and "lacking in evidence".

Such assertions, the KRG said in a statement, "serve to destabilize the long and friendly relations between the KRG and Iran".

"We challenge Safavi to produce a single document proving that the [Kurdish] regional government poses a threat to Iran," the KRG said, going on to voice hope that Safavi's remarks did not represent official Iranian policy.

At a news conference held in Tehran earlier Monday, Safavi noted that the KRG and Barzani enjoyed "good relations" with Saudi Arabia, Israel and the U.S.

He went on to accuse the KRG and its president of allowing the recently-opened Saudi consulate in Erbil to supply arms to a group -- he did not say what group -- that was "hostile to Iran".