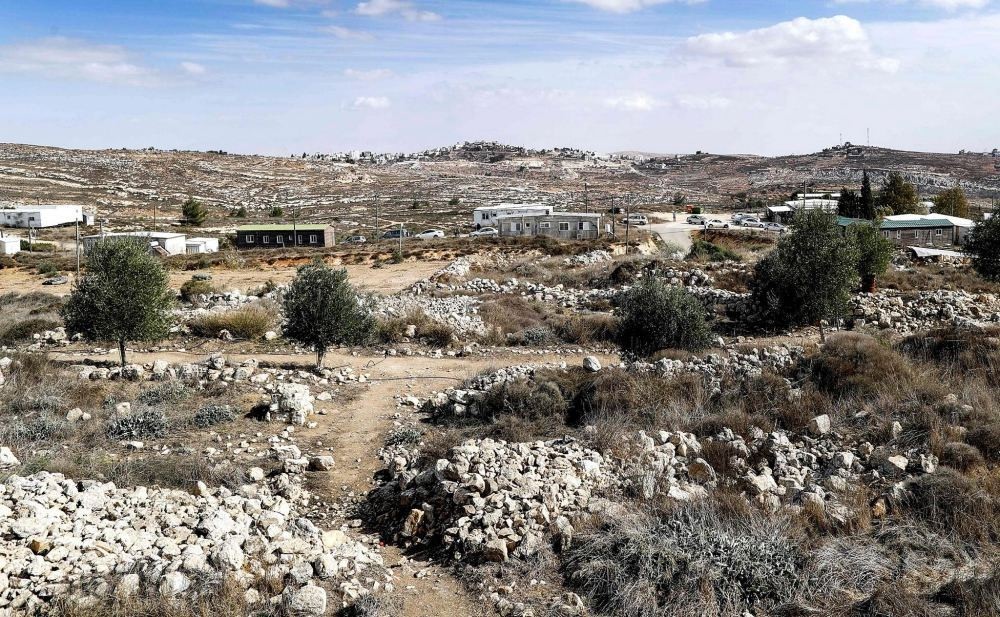 Some caravans in the settlement outpost of Amona, which was established in 1997, in the Israeli-occupied West Bank.
by Daily Sabah with Wires Nov 22, 2016 12:00 am

A 76-acre project will be built in the Ramat Shlomo settlement in East Jerusalem and a neighborhood near the Arab Shafat neighborhood. The details of the project, approved two years ago, will be reviewed once again on Wednesday.

The international community argues that Israel's settlement plans are an obstacle to the two-state solution. Despite the international law, the Israeli administration insists on building activities even though Jewish settlements are considered to be illegal.

Nationalist and pro-settler Israeli legislators welcomed the U.S. President-elect Donald Trump, seeing his rise as offering Israel a freer hand in settlement policies. Israeli lawmakers have tried to gauge how Trump will address the issue of Israel's West Bank settlement construction, which the U.S. and much of the international community view as illegal and an obstacle to peace.

During his campaign, Trump has appeared to be more sympathetic to Israel than to Palestinians, which has energized nationalist Israelis. He has vowed not to impose any solutions on Israel and promised to move the U.S. Embassy to Jerusalem, a step that would undercut the Palestinian claims to the eastern part of the city.

Under President Barack Obama, settlement construction became a major flash point between Israel and its most important ally. The Palestinians want the West Bank, the Gaza Strip and east Jerusalem — areas Israel captured in the 1967 Mideast war — for their future state. Nearly 600,000 Jewish settlers now live in the West Bank and east Jerusalem.

In Jerusalem, about 20 kilometers south, some lawmakers are racing against the clock to pass a law that would allow several settlements, including Amona, to be retroactively legalized. This isn't the first time a showdown has been brewing in Amona. An attempt to evacuate the outpost in 2006, a decade after its founding, led to violent clashes, and only nine structures were demolished. In 2008, the Israeli human rights group Yesh Din successfully petitioned Israel's Supreme Court to remove all the homes on the basis that they were built on land owned by local Palestinians. After granting multiple delay requests by the Israeli government for more time to relocate people, the Supreme Court in Dec. of 2014 finally mandated a deadline for demolishing Amona within two years.
RELATED TOPICS