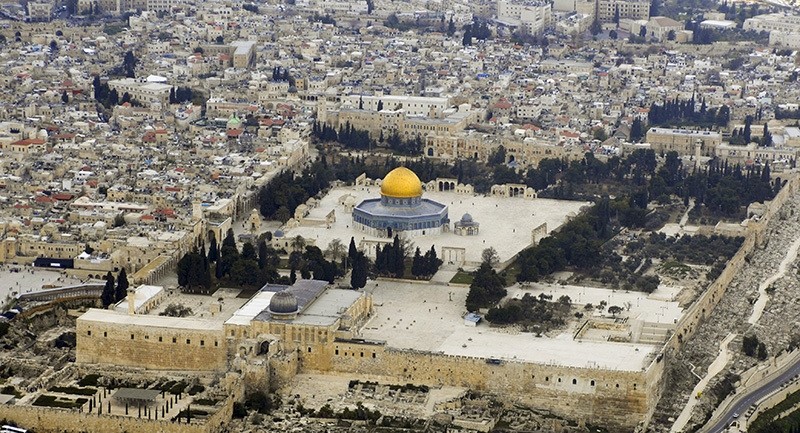 | Reuters File Photo
by Daily Sabah with AFP
Nov 30, 2016 12:00 am
Two Israeli television news programs were briefly hacked, with images showing Haram al-Sharif with the adhan, the Muslim call to prayer in the background and a message suggesting a recent wave of fires was divine retribution shown in their place, reports said Wednesday.

Tuesday night's incident came ahead of an expected vote in parliament on a bill to prevent the use of loudspeakers for early morning and late night calls to prayer at mosques.

Programs on privately owned Channels 2 and 10 were interrupted for around 30 seconds by images of Muslim sites, including Jerusalem's Haram al-Sharif, revered by Jews as the Temple Mount.

A call to prayer was also played as well as a message that seemed to refer to divine retribution.

Israel's parliament is expected to take an initial vote on the bill to prevent the use of loudspeakers at mosques on Wednesday.

While the draft bill applies to all houses of worship, it is seen as specifically targeting mosques. Roughly 17.5 percent of Israel's population is Arab, most of them Muslim, accuse the Jewish majority of badly discriminating against them. East Jerusalem is also mainly Palestinian and traditional calls to prayer by muezzins through PA systems can be heard in the city.

The Israel Democracy Institute, a non-partisan think-tank, has spoken out against the proposal. One of the watchdog's officials accused Israel's right-wing politicians of dangerously using the issue to gain political points under the guise of improving quality of life.