Kerry says Israel turning into a place of danger 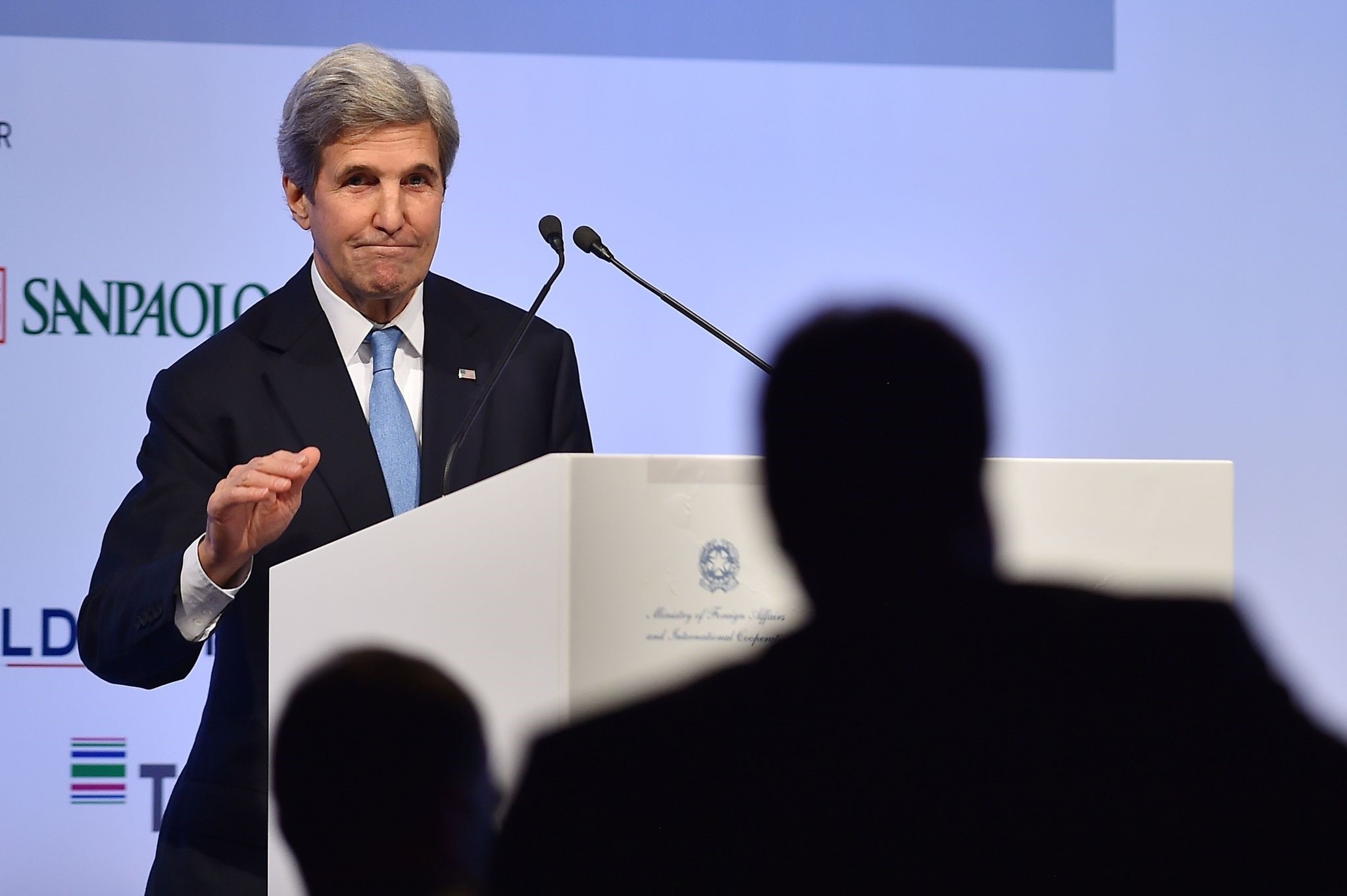 U.S. Secretary of State John Kerry said on Sunday that Israel is turning to a place of danger and the country must choose between constructing illegal settlements in the West Bank and a two-state solution.

Speaking in the Saban Forum in Washington, D.C., Kerry stated that Israel is opting out the chances for a real and lasting Israeli-Palestinian peace on account of the continued settlement process."

Kerry said that Israel's settlement policy narrows the prospects of peace, but noted that the "tipping point regarding the two-state solution" has not been crossed.

"I'm not here to say that settlements are the reason for the conflict. No, they're not," he continued. "But I also cannot accept the notion that they're not a barrier to peace."

Speaking about the Israeli-Palestinian conflict, he said "There is no status quo. It is getting worse. It is moving in the wrong direction. It defies the imagination that you're going to have a Jewish state with a unitary state."

Israel occupied East Jerusalem during the 1967 Middle East war. It later annexed the city in 1980, claiming Jerusalem as the unified capital of the self-proclaimed Jewish state-a move never recognized by the international community.

According to Israeli figures, some 320,000 Palestinians currently live in East Jerusalem while more than 270,000 Israelis live in Jewish-only settlements that have been built in the area.

International law views the West Bank and East Jerusalem as "occupied territories" and considers all Israeli settlement building on the land to be illegal.

Palestinians accuse Israel of waging an aggressive campaign to "Judaize" Jerusalem with the aim of effacing its Arab and Islamic identity and driving out its Palestinian inhabitants.