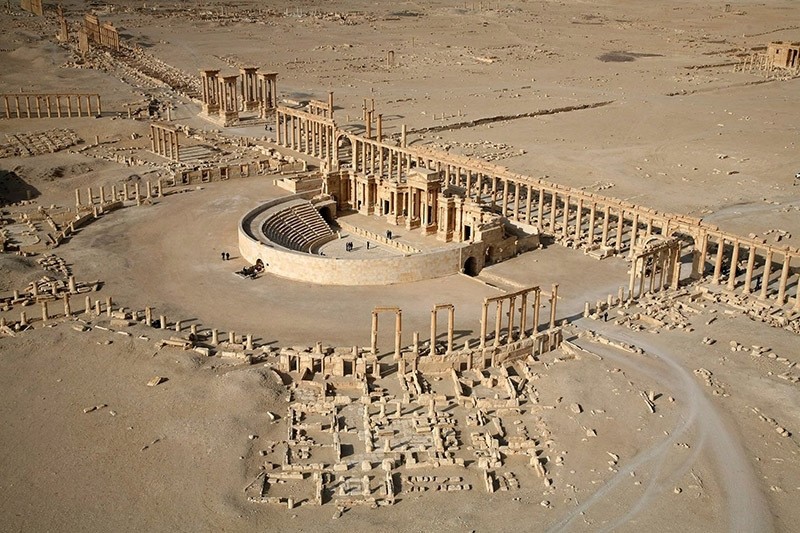 Syrian opposition have pointed out the Assad regime's attacks and concentration of forces to the opposition-held Eastern Aleppo as the main reason for the fall of Palmyra to the Daesh terror group.

Daesh had overrun the historic city of Palmyra on Saturday, nine months after being expelled by forces loyal to the Assad regime.

Oil fields, large quantities of weapons and ammunitions were seized by Daesh militants, in and around the historic city, who proved to be capable of making progress despite the ongoing international alliance bombarding its positions across Syria and Iraq.

The fall of Palmyra to Daesh is considered to be a move which will boost the motivation of the group, currently fighting against the Iraqi army and Shiite paramilitary forces in Mosul, and create new ground for propaganda.


Syrian opposition blamed the Assad regime for the transfer of a large number of soldiers and military hardware from Palmyra to Aleppo in order to eradicate and exterminate opposition forces besieged in the Eastern Aleppo enclave.

Assad's concentration to Aleppo is thus considered to have left Palmyra as easy prey for Daesh, which took the city quickly with an unexpected strike on Saturday.

Syria has been locked in a devastating civil war since early 2011; ever since, hundreds of thousands of people have been killed and several millions displaced by the conflict.