Iran to develop nuclear marine propulsion in response to US 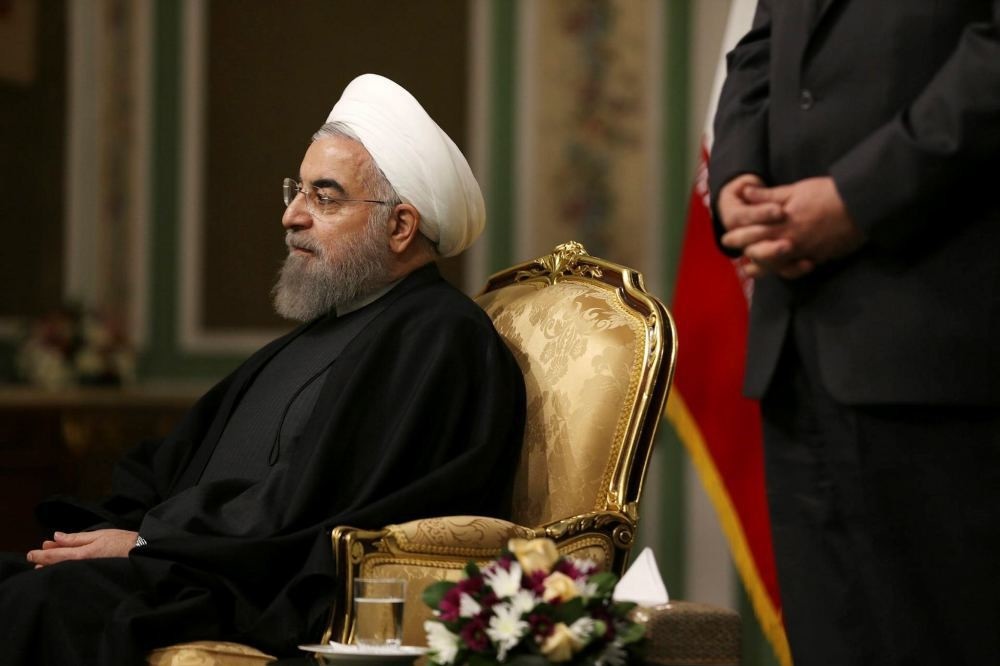 Iranian President Hassan Rouhani.
by Compiled from Wire Services Dec 15, 2016 12:00 am
Iran's President Hassan Rouhani ordered yesterday the head of Atomic Energy Organization of Iran to start planning the development of nuclear marine propulsion in reaction to what he called the United States' violation of the nuclear deal. Such propulsion would to be in marine transportation," he said in a letter published on state news agency IRNA.

In letters read out on state television, Rouhani criticized the US move as a breach of last year's nuclear accord and told Iran's Atomic Energy Organization to start work on "planning the design and production of fuel and nuclear power plants for maritime transport." The president said he had also ordered the foreign ministry to prepare a legal complaint to the international committee that oversees the nuclear accord.

Under the deal signed in July 2015, world powers agreed to lift international sanctions in exchange for curbs to Iran's nuclear program. But US lawmakers recently voted to renew 10-year-old sanctions legislation against Iran related not just to nuclear issues, but also ballistic missile-testing and human rights.

President Barack Obama is expected to sign the measure into law in the coming days, saying it makes no difference to last year's agreement because the White House will continue to suspend all the sanctions linked to Iran's nuclear program.

Washington and Tehran have not had formal diplomatic relations since the 1979 Islamic revolution that toppled the U.S.-backed shah.

Meanwhile, Israeli Prime Minister Benjamin Netanyahu called President-elect Donald Trump a strong supporter of Israel, and says he wants to work with Trump to undo the Iran nuclear deal negotiated by the Obama administration and other world powers. "I know Donald Trump," Netanyahu told CBS's "60 Minutes" in an interview that will air Sunday night. "He feels very warmly about the Jewish state, about the Jewish people...there's no question about that."

Netanyahu said there are "various ways of undoing" the 2015 deal, in which Iran agreed to limits on its nuclear program in exchange for the lifting of international sanctions on its oil industry and finances. "I have about five things in my mind," Netanyahu said, declining to go into further detail. Trump has been harshly critical of the nuclear deal, and Netanyahu tried to block it.
Last Update: Dec 15, 2016 1:36 am
RELATED TOPICS