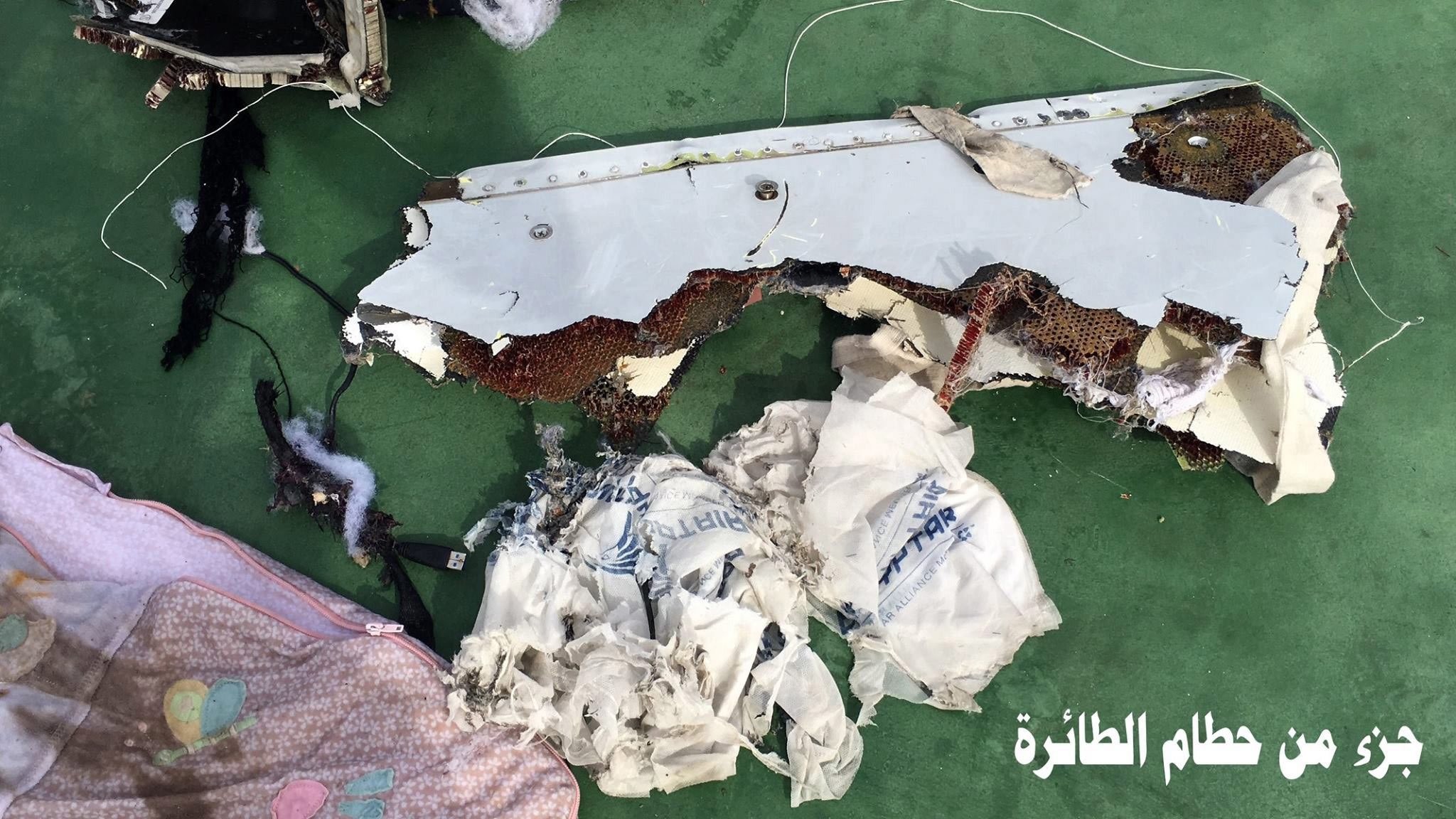 Traces of explosives have been found on victims' remains from an EgyptAir plane that crashed into the Mediterranean in May killing all 66 people on board, Egypt's aviation ministry said Thursday.

An official investigative committee which made the discovery has referred the case to Egypt's state prosecution, it added in a statement.

Under Egyptian law, the prosecution takes over "if it becomes clear to the investigative committee that there is criminal suspicion behind the accident", the ministry said.

EgyptAir MS804 was en route from Paris to Cairo when it disappeared from radar over the Mediterranean.

Investigators have determined that a fire broke out in or near the cockpit of the Airbus A320 before it crashed between Crete and the coast of northern Egypt.

"In the absence of detailed information on the conditions in which samples were taken and measures which led to the detection of traces of explosives, BEA does not consider it possible at this stage to draw conclusions on the origin of the accident," a spokesman said.

France's foreign ministry said "the investigation will continue to determine the exact causes", while the plane's manufacturer Airbus said it had not been informed of the Egyptian findings and declined to comment.

French investigators have favoured the theory of a technical fault.

A lobbyist for French victims of attacks and accidents poured scorn on the Egyptian findings.

"We are being manipulated," said Stephane Gicquel. "No substantiated element points to terrorism. This is blackmail on the part of Egyptian authorities... to protect the company EgyptAir by placing responsibility on Paris."

Thursday's announcement comes while Cairo is still investigating the October 2015 crash of a Russian passenger plane in the Sinai Peninsula of eastern Egypt.

The Islamic State group claimed responsibility for bombing the Airbus A321 Russian plane that crashed after takeoff from a Sinai resort headed for St Petersburg, killing 224 passengers and crew.

There has been no such claim linked to the EgyptAir crash.

Among the 66 people on board the EgyptAir plane were 40 Egyptians, including the 10-member crew, and 15 French nationals.

Egypt's aviation minister, Sherif Fathy, had said a terrorist attack was the most likely cause of the EgyptAir crash.

The chances of an attack were "higher than the possibility of a technical (failure)" for the downing of the plane, Fathy said in May following the crash.

Aviation experts have said there is little chance that a mechanical fault was responsible.

The plane only entered service in 2003, making it relatively new for an aircraft that tends to operate for 30 to 40 years.

The EgyptAir plane was flying at 37,000 feet (11,000 metres) and disappeared about 130 nautical miles off the Greek island of Karpathos.

The plane plunged 22,000 feet and swerved sharply before it disappeared from radar screens, Greece's Defence Minister Panos Kammenos said at the time.

If a bombing is established, investigators will have to determine if a device could have been smuggled aboard a flight taking off from France's busiest airport, Paris Charles de Gaulle.

Security has been tight since last year's jihadist attacks in the French capital.

Internet site FlightRadar24 indicates the EgyptAir plane travelled to Egypt, Tunisia and Eritrea in the two days before Thursday's crash, leaving open the possibility that a device could have been planted prior to its arrival in France.