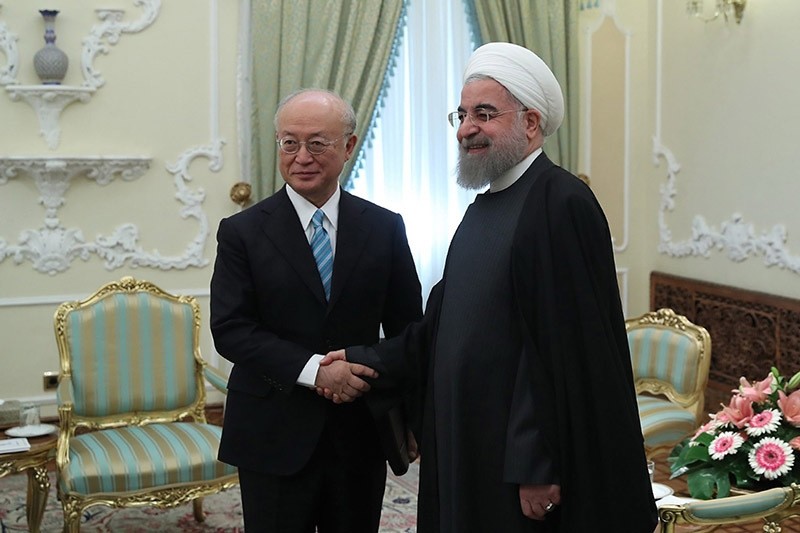 Amano did not comment on the plans to produce nuclear-powered engines, but said Iran had so far met all of its commitments under last year's nuclear deal with world powers.

"We discussed the nuclear-powered engines in detail," said Ali Akbar Salehi, head of Iran's Atomic Energy Organisation, adding that he and Amano talked about the most controversial point - the level of uranium-enrichment required for the ships.

"This is not a simple matter that can be decided quickly. We have three months to review it," he told reporters.

"Normally, the enrichment for such engines is between five percent and 90 percent. It depends on the type of engine and the time and goal we want to reach," said Salehi.

Iran's President Hassan Rouhani last week announced the plans for nuclear-powered ships in response to news that the United States was renewing sanctions legislation, which he said was a "clear violation" of the nuclear deal.

Under the deal, Iran is only allowed to enrich uranium to 3.67 percent, but that limit falls away after 15 years.

Tehran says Washington has breached the nuclear accord by renewing the Iran Sanctions Act, even though almost all of its measures remain suspended under the deal.