No fancy, colorful New Year's celebrations for Iraqis displaced by fighting in Mosul 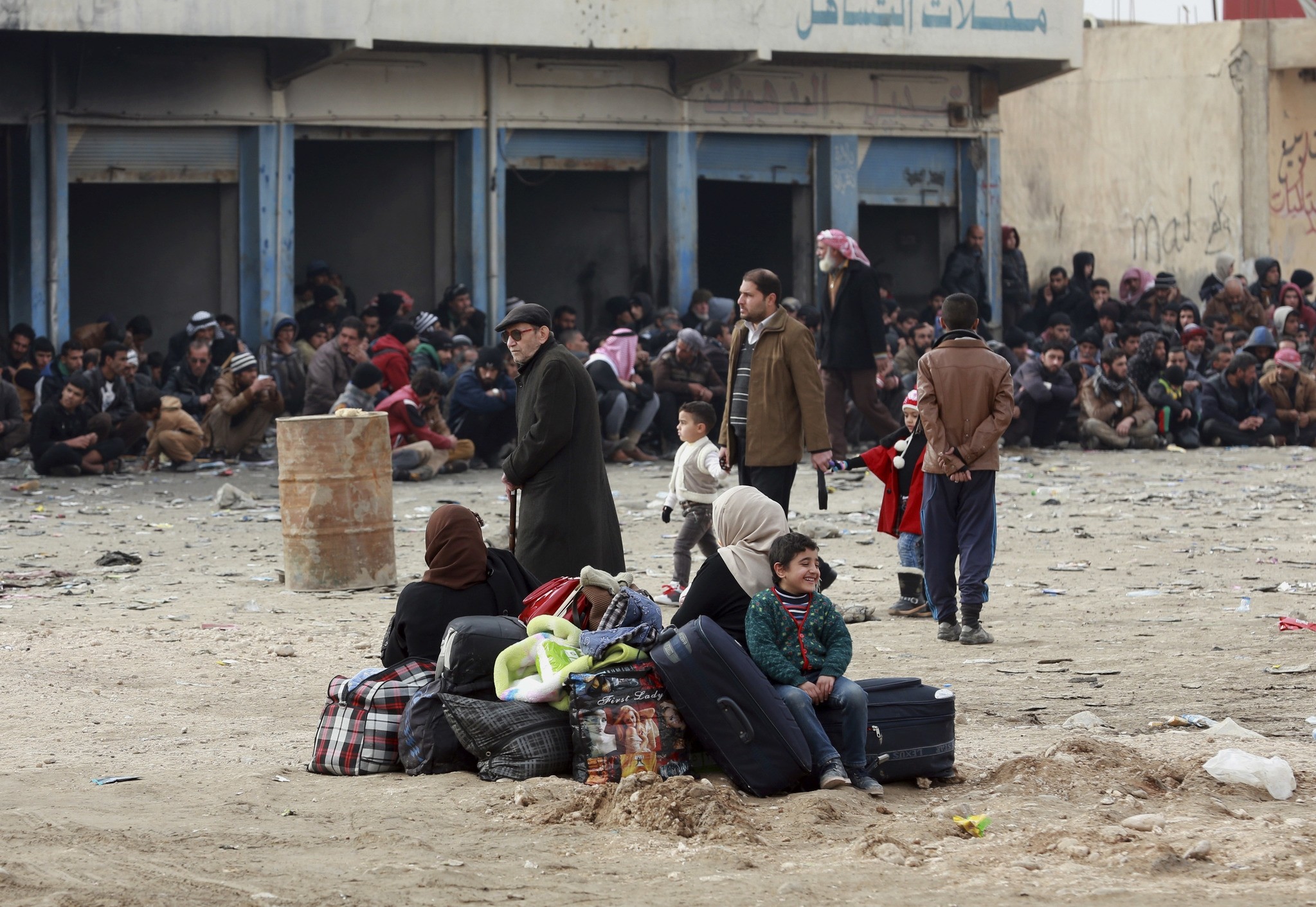 There were no big New Year's celebrations for the Iraqi men, women and children who narrowly escaped the fighting in Mosul, only to wait for hours under armed guard while the fighting-age males among them were cleared of links to Daesh.

The lucky ones would go with their families to one of the wind-swept camps for displaced Iraqis, where they will endure the remainder of northern Iraq's bitterly cold winter in tents and learn to survive on insufficient supplies of food, heating oil and blankets.

Those whose names were found on the wanted list would be detained, interrogated and likely face trial.

Many of the Iraqis told of going hungry in Mosul for weeks, surviving on a single daily meal and drinking murky water extracted from recently dug wells. There was no formula for their small children, who survived on bread soaked in tea or soup made of rice or crushed wheat. Life was miserable without electricity or medical care. They watched mortar shells or stray bullets kill their relatives and neighbors.

They don't know when they will go home, but are thankful.

"The camp is the lesser of two evils. Life in Mosul now kills you," said 33-year-old English teacher Ahmed Abu Karam, from the Daesh-held Karama neighborhood east of the Tigris River. "What happens in 2017 is in the hands of God alone, but let me tell you this: My escape, thanks be to God, has given me a new life."

Abu Karam was among about 200 men ordered by grim faced Iraqi soldiers to squat outside a row of abandoned stores on a main road close to the mainly Christian town of Bartella near Mosul. It is the gathering point for the mainly Sunni residents who fled Mosul to avoid being killed in the crossfire between government troops and Daesh militants or because they ran out of food and money.

The ground where they gathered was wet from a heavy downpour a few days before and scattered with trash. Many men sported long beards they had to grow under Daesh rule, but some were shaving off their facial hair on Saturday as they waited. As the men were processed, the women and children sat on buses. The men were expected to be transferred separately, many in the back of army trucks, one of which flew a Shiite banner.

"We Sunnis are marginalized," said Abu Karam. "The security forces ran away and left us with Daesh in 2014. Now they suspect us of being terrorists," he said.

Iraq's Shiite-dominated military and security forces launched a new offensive in Mosul on Thursday, breaking a two-week lull in fighting that began in mid-October, more than two years after Iraq's military and police melted away in the face of an Daesh blitz across northern and western Iraq.

The renewed fighting in Mosul has forced hundreds of civilians to flee, joining an estimated 120,000 who already left. Most gathered in Bartella on Saturday came from neighborhoods where the latest fighting is taking place.

Electrician Ibrahim Saleh and his family escaped Mosul's Quds neighborhood on Friday and spent the night at the home of "kind strangers" in a suburb just east of the city. He said he, his wife and children endured most of the last two months hiding under their house's staircase for fear of shelling.

"We have survived only by divine intervention," he said.

The camps for Iraqis displaced by the fighting in and around Mosul are mostly south and east of the city in Nineveh province and in the nearby self-ruled Kurdish region. There, many complain of rain and other severe winter conditions, or inadequate supplies of heating oil and medicines.

But in one of the larger camps for the displaced in the Kurdish region — Hassan Sham — a local non-governmental organization provided a welcome change from the drab daily life there by throwing a New Year's party for the children, complete with clowns and face painting.

But the children's excitement did little to conceal the camp's grim realities, or erode the painful memories of life under Daesh and the horrors of war in Mosul since October.

Shortly before the party began, camp residents pushed and shoved over blankets and clothes distributed by local donors. Some spoke of feeling imprisoned in the camp, unable to secure a sponsor allowing them to live in the urban bustle of nearby Irbil, the Kurdish region's capital.

Akram Ali, a former cameraman for a Mosul TV channel, now makes less than 10 dollars a day cutting hair, but still enough to buy fresh vegetables and fruit to supplement the food handouts he, his wife and four children get from camp organizers.

"We died 20 times every day when we lived under fire in Mosul," he recounted emotionally. "Under Daesh, it was oppression, tragedies, persecution and suffering. I can do without food and water, as long as I and my family are safe."

Fellow camp resident Mustafa Mahmoud, a 21-year-old who quit school when Daesh took over his native Mosul in 2014, sees little to celebrate with the arrival of 2017. Since arriving at the camp six weeks ago, he goes to bed at 7 or 8 every evening.

"Nothing will change tonight," he said.