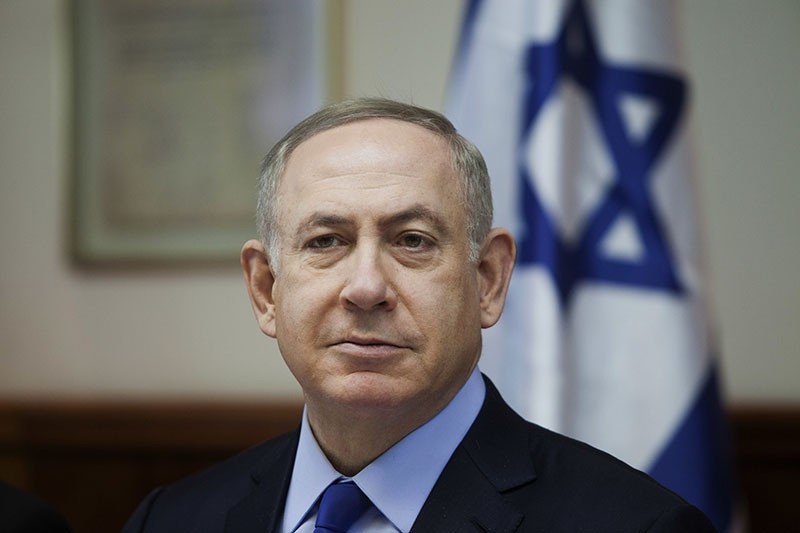 Israeli media is reporting that police are expected to question Prime Minister Benjamin Netanyahu on a pair of corruption allegations.

A black screen was placed Monday in front of Netanyahu's official residence in apparent anticipation of the police investigators' arrival and to obstruct the view of journalists seeking to film them.

The long-running inquiry has looked into whether Israeli and foreign businessmen have offered gifts worth tens of thousands of dollars, among other issues, according to the reports.

Attorney general Avichai Mandelblit has reportedly approved upgrading the inquiry to a criminal probe, though he has yet to confirm this.

Police and Netanyahu's office declined to comment on Monday.

Public radio said Netanyahu has agreed to be questioned at his residence.

In a Facebook post at the weekend, Netanyahu rejected all allegations against him and said his political opponents and some news outlets wanted to bring down his government.

In July, Mandelblit said he had ordered a preliminary examination into an unspecified affair involving Netanyahu.

No details were given on the nature of the preliminary examination and Netanyahu has repeatedly denied any wrongdoing.

He has acknowledged receiving money from French tycoon Arnaud Mimran, who was sentenced to eight years in prison over a scam amounting to 283 million euros involving the trade of carbon emissions permits and the taxes on them.

Netanyahu's office said he had received $40,000 in contributions from Mimran in 2001, when he was not in office, as part of a fund for public activities, including appearances abroad to promote Israel.

He has also come under scrutiny over an alleged conflict of interest in the purchase of submarines from a German firm.

Media reports have alleged a conflict of interest over the role played by the Netanyahu family lawyer, David Shimron, who also acts for the Israeli agent of Germany's ThyssenKrupp, which builds the Dolphin submarines.