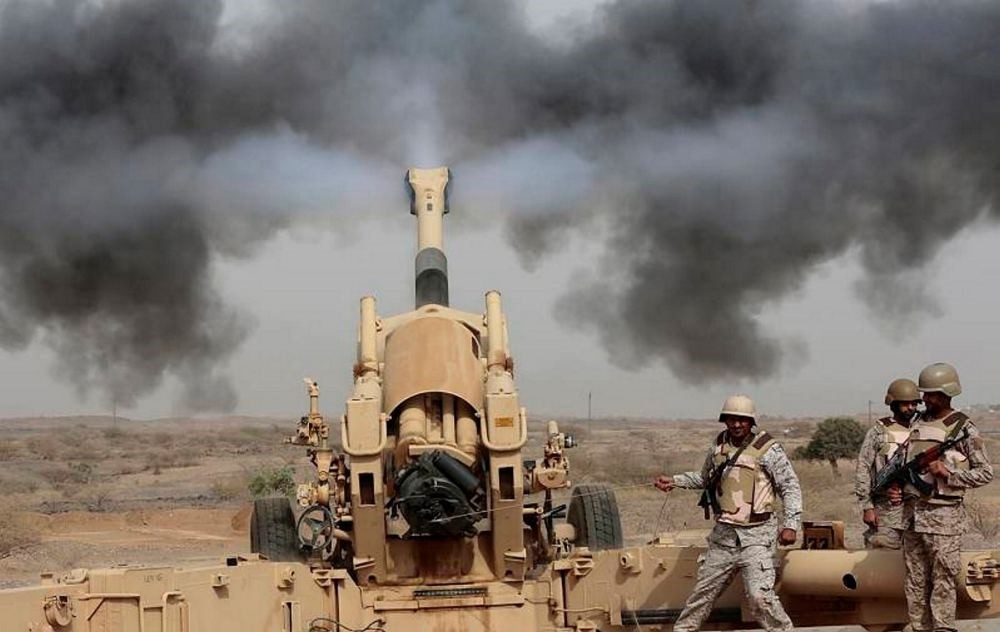 The armed Iran-backed Houthi movement attacked a Saudi warship off the western coast of Yemen on Monday, causing an explosion that killed two crew members and injured three others, Saudi state news agency SPA reported. The tension was heightened after U.S. President Donald Trump and Saudi Arabia's King Salman bin Abdulaziz agreed to support safe zones in Syria and Yemen in a phone call over the weekend.

Separately, the Houthis said they launched a ballistic missile at a Saudi-led coalition military base on the Red Sea island of Zuqar between Yemen and Eritrea on Tuesday morning, according to the group's official news channel al-Masira. The attacks signal an escalation to weeks of combat on Yemen's western coast between the Iran-allied Houthis and the coalition backing Yemen's internationally recognized government.

"A Saudi frigate on patrol west of Hodeidah port came under attack from three suicide boats belonging to the Houthi militias," the Saudi-led coalition fighting in Yemen said in a statement on SPA. One of the boats collided with the rear of the vessel, causing an explosion and a fire that killed two crew members and wounded three others. The Houthi movement's al-Masira channel contradicted this account and quoted a military source saying the explosion was caused by a guided missile. It was at least the second attack by the Houthis on ships off the coast of Yemen in the last six months. The group is engaged in battles on the mainland with coalition troops and pro-government fighters, who are trying to advance northward to deprive the Houthis of Red Sea ports. The Saudi-led coalition warned the attack on the ship "would impact international navigation and the flow of humanitarian assistance to the port for Yemeni citizens." 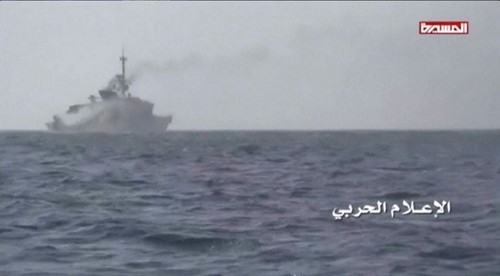 Black smoke rises from what is believed to be a Saudi warship after an explosion, off the western coast of Yemen on Jan. 31.

In October the rebels fired rockets towards an American destroyer, prompting the US Navy to retaliate with cruise missiles against mobile radar sites in Houthis-controlled territory. Yemen plays a significant role for Saudi Arabia against Iran's influence over the violence-hit Middle East region. The advance of the Iranian-allied Shiite Houthi group raises fears of the possible disintegration of the country.

Yemen, on the southern edge of the Arabian Peninsula, has been in the midst of a civil war since September 2014 when Shiite Houthi rebels swept into the capital of Sanaa and overthrew President Abed-Rabbo Mansour Hadi's internationally recognized government. In March 2015, a Saudi-led coalition of Arab countries began a military campaign against Houthi forces, saying its mission served in part as a counterbalance to Iran's influence with the Houthis following its nuclear deal with world powers.

The war in Yemen has left more than 7,000 people dead and nearly 37,000 wounded, the World Health Organization announced. As of late October, "more than 7,070 people have been killed and over 36,818 injured, according to health facility-based data," the WHO said. Another 21 million people are in need of urgent health services, said the U.N. health agency.
RELATED TOPICS