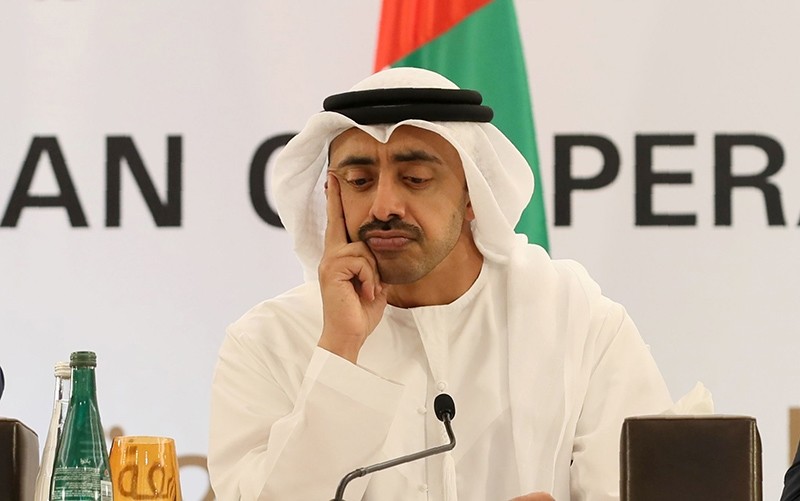 Sheikh Abdullah bin Zayed al-Nahyan, whose country like neighbouring Saudi Arabia is a close ally of Washington, said it was "wrong to say" that the decision by the new U.S. administration was "directed against a particular religion".

"The United States has made... a sovereign decision," he said at a joint press conference with his Russian counterpart, Sergei Lavrov, pointing out that it was "provisional" and did not apply to "the large majority" of the world's Muslims.

In his defence of the ban which has stirred widespread protests across the globe, Sheikh Abdullah also said that some of the countries on the blacklist had "structural challenges" on the security front that they still had to overcome.

But the 90-day ban, which could still extend to other states, has exempted Muslim-majority nations associated with major attacks in the West.

Out of the 19 hijackers of planes used in the September 11, 2011 attacks on the Unites States, 15 came from Saudi Arabia, also the birthplace of Al-Qaeda founder and attack mastermind Osama bin Laden.

The other four included the Egyptian plot leader, two Emiratis and a Lebanese.

The Emirates is one of the United States' closest Arab allies. It is part of the U.S.-led coalition fighting the Daesh terrorist group and hosts American troops and warplanes taking part.