Iran to impose legal restrictions on US individuals, entities in retaliation to sanctions: State TV 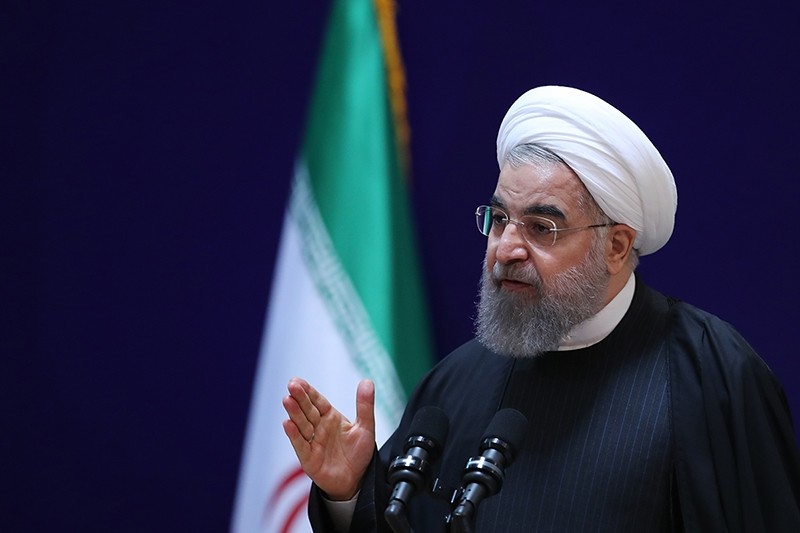 A handout picture provided by the office of Iranian President Rouhani shows him speaking at a conference in the capital Tehran, on Jan 28, 2017. (AFP Photo)
by Compiled from Wire Services Feb 03, 2017 12:00 am

Iran denounced on Friday as illegal new sanctions imposed on it by the United States and said it would impose legal restrictions on American individuals and entities helping "regional terrorist groups", state TV quoted a Foreign Ministry statement as saying.

"The new sanctions ... are not compatible with America's commitments and resolution 2231 of the U.N. Security Council that endorsed the nuclear deal reached between Iran and six powers," the statement said.

"In retaliation for the U.S. sanctions, Iran will impose legal restrictions on some American individuals and entities that were involved in helping and founding regional terrorist groups," it said.

The sanctions are the first package of penalties against Iran of Donald Trump's new presidency, reflecting Trump's insistence on a tougher stance toward Tehran. Throughout his election campaign, Trump accused the Obama administration of being weak on Iran, and he vowed to crack down if elected.