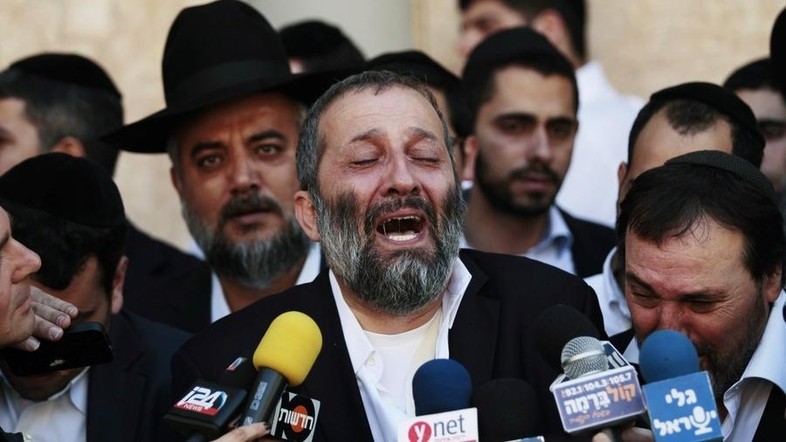 Israeli Interior Minister Aryeh Deri appears to have relied on onions to cry in a video he used during his 2015 election campaign.

In a video aired on "Channel 2" TV in Israel, the Shas Party Leader was seen asking for onions to help him cry in his campaign video memorializing the party's late mentor, Rabbi Ovadia Yosef. The aim of the video was to underscore Deri's genuine desire to be the Shas's spiritual leader.

Sefi Shaked, Deri's election campaign consultant later admitted to Channel 2 that he was the one responsible for the onion idea.

Deri has headed the Shas Party since Rabbi Yosef's death in 2013.

Minister Deri was imprisoned for 22 months from 2000-2002 on charges of bribery while serving in the interior ministry.