Russia says concerned over escalating rhetoric between US and Iran 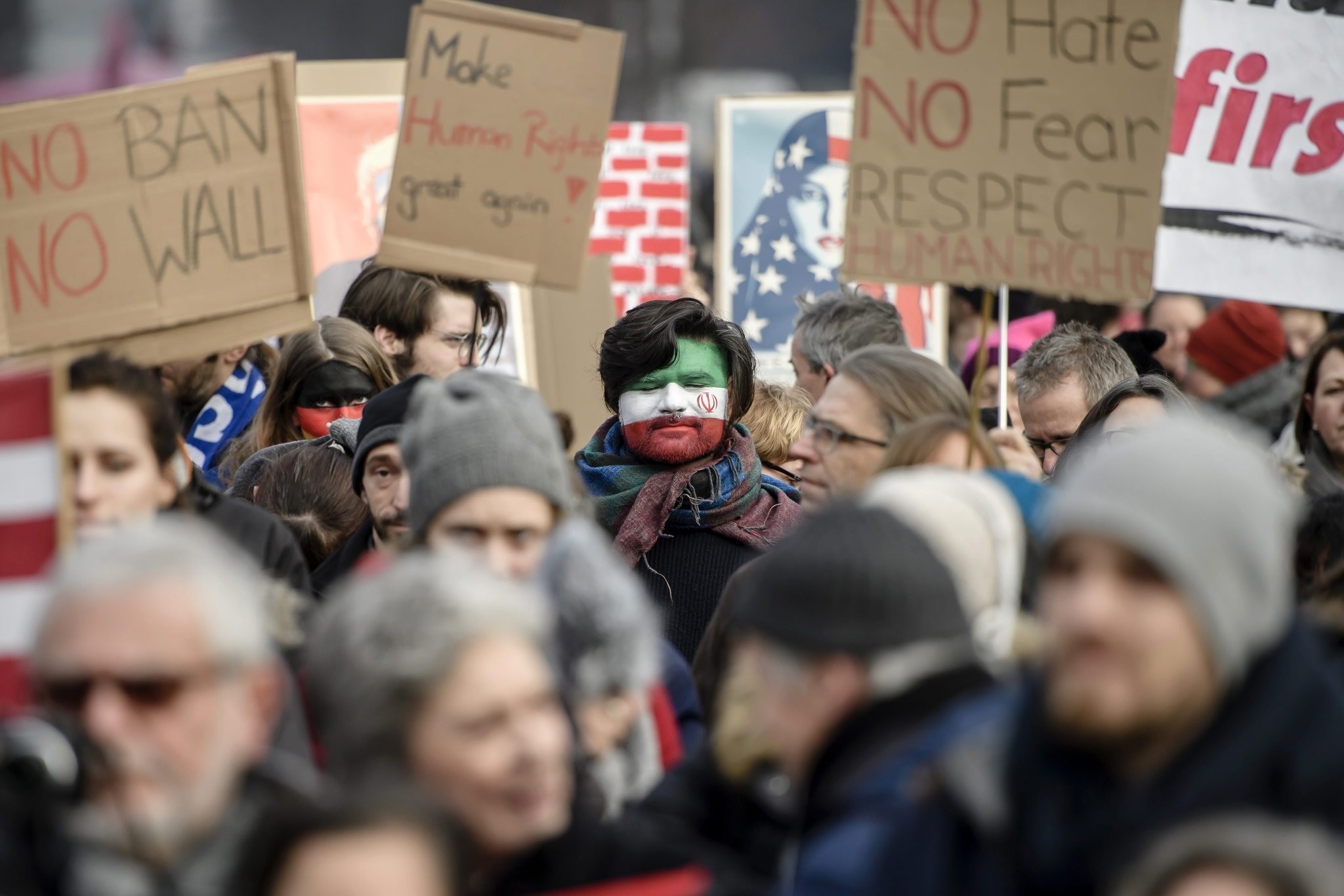 A supporter of the US-based campaign organisation AVAAZ (C) stands during an anti Trump rally with his face painted in the colors of the Iranian flag. (EPA Photo)
by Compiled from Wire Services Feb 06, 2017 12:00 am

Russia is concerned by escalating rhetoric between the United States and Iran and will do its best to reduce tensions between the two countries, Levan Djagaryan, Russia's ambassador to Iran, was quoted by the RIA news agency as saying on Monday.

He was also cited as saying that Iran had not asked Moscow to mediate with Washington on its behalf.

Kremlin spokesman Dmitry Peskov said earlier on Monday they did not agree with U.S. President Donald Trump's assessment of Iran as "the number one terrorist state" and wanted to deepen what it described as already good ties with Tehran.

The Kremlin was responding to comments Trump made to Fox News in an interview aired at the weekend in which he complained that Iran had "total disregard" for the United States.

"Russia has friendly partner-like relations with Iran, we cooperate on a wide range of issues, value our trade ties, and hope to develop them further," said Peskov.

Trump and Putin say they want to try to rebuild U.S.-Russia ties, that were badly damaged by Moscow's 2014 annexation of Crimea and by Western sanctions imposed on Russia in response.

Peskov said there was no reason for policy differences over Iran to hinder such a rapprochement.

"It's no secret for anyone that Moscow and Washington hold diametrically opposed views on many international issues," said Peskov. "That should not be an obstacle when it comes to forging normal communication and pragmatic mutually-beneficial relations between Russia and the United States."

Separately, Russia criticised the Trump administration's move on Friday to impose sanctions on Iran after a recent ballistic missile test, saying the test did not violate existing agreements.

"We are sorry that things are working out in this way," Sergei Ryabkov, Russia's deputy foreign minister, was quoted as saying of the new sanctions by the RIA news agency on Monday.