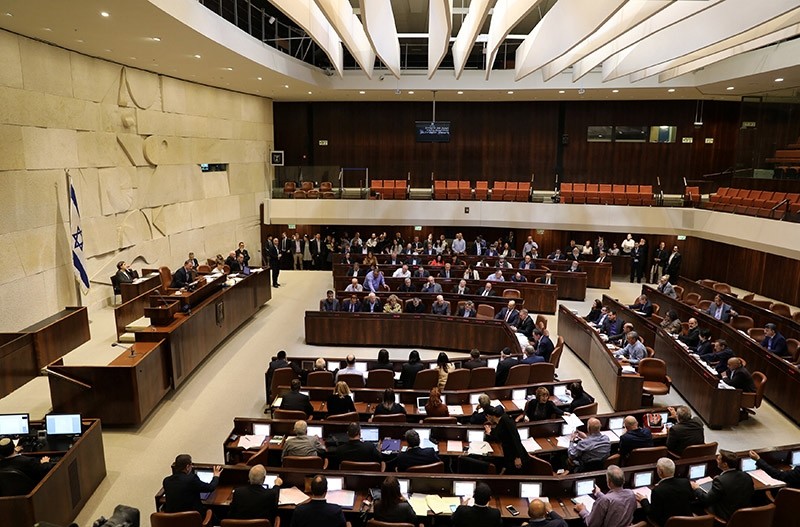 Israel passed a law on Monday retroactively legalizing about 4,000 settler homes built on privately owned Palestinian land in the occupied West Bank, a measure that has drawn international concern.

The legislation has been condemned by Palestinians as a blow to their hopes of statehood. But its passage may only be largely symbolic as it contravenes Israeli Supreme Court rulings on property rights.

Israel's attorney-general has said it is unconstitutional and that he will not defend it at the Supreme Court.

Though the legislation, passed by a vote of 60 to 52, was backed by Prime Minister Benjamin Netanyahu's right-wing coalition, it has raised tensions in the government.

A White House official said that, given the new law is expected to face challenges in Israeli courts, the Trump administration "will withhold comment on the legislation until the relevant court ruling."

Political sources have said Netanyahu privately opposes the bill over concerns it could provide grounds for prosecution by the International Criminal Court in The Hague. The White House official, speaking on condition of anonymity, said Washington would oppose any such international legal action.

But the far-right Jewish Home party, a member of the coalition looking to draw voters from the traditional base of Netanyahu's Likud, pushed for the legislation after the forced evacuation of 330 settlers last week from an outpost built on private Palestinian land.

With Netanyahu under police investigation on suspicion of abuse of office, an allegation he denies, Likud has been slipping in opinion polls. Opposing the law would have risked alienating his supporters and ceding ground to Jewish Home.

Last-minute appeals this week by Netanyahu to postpone the vote until after he meets U.S. President Donald Trump in Washington on Feb 15, were refused by Jewish Home, political sources said.

In London, where he met Prime Minister Theresa May on Monday, Netanyahu told Israeli reporters he did not want to delay the vote and that he sought only to update Washington ahead of time - which he said he did. Israeli officials did contact their U.S. counterparts at the "staff level," the White House official said.

Netanyahu himself did not attend the vote because he was on a plane back from London when it was held.

Hanan Ashrawi, a senior member of the Palestine Liberation Organization, the main Palestinian political umbrella body, said in a statement that the law gave settlers a green light to "embark on a land grab".

"Prime Minister Benjamin Netanyahu and his extremist, racist coalition government are deliberately breaking the law and destroying the very foundations of the two-state solution and the chances for peace and stability," Ashrawi said.

The U.N. Special Coordinator for the Middle East Peace Process Nickolay Mladenov said in a statement that the law "will have far reaching legal consequences for Israel and greatly diminish the prospects for Arab-Israeli peace".

However, Netanyahu may face little to no criticism from the White House, which has signaled a far softer approach to the settlement issue than that of the Obama administration, which routinely denounced settlement announcements.

"We are voting tonight on the connection between the Jewish people to its land. This entire land is ours," Likud minister Ofir Akunis told parliament.

Opposition leader Isaac Herzog of the Zionist Union said a black flag hung over the "insane law that threatens to destroy Israeli democracy".

Israeli Attorney-General Avichai Mandelblit has described the law as unconstitutional and a breach of international law since it allows expropriation of private land in areas Israel seized in the 1967 Middle East war.

Under the new law, settlers could remain on the land if they built there without prior knowledge of Palestinian ownership or if homes were constructed at the state's instruction. Palestinian owners would receive financial compensation.

Anti-settlement group Peace Now said it would petition the High Court against the law that sanctions more than 50 settler outposts built without government approval.

Most countries consider the settlements illegal and an obstacle to peace as they reduce and fragment the territory Palestinians want for a viable state in the West Bank, East Jerusalem and the Gaza Strip.

Israel disputes this and cites biblical, historical and political connections to the land, as well as security needs.