Khamenei thanks Trump for 'showing real face of America' 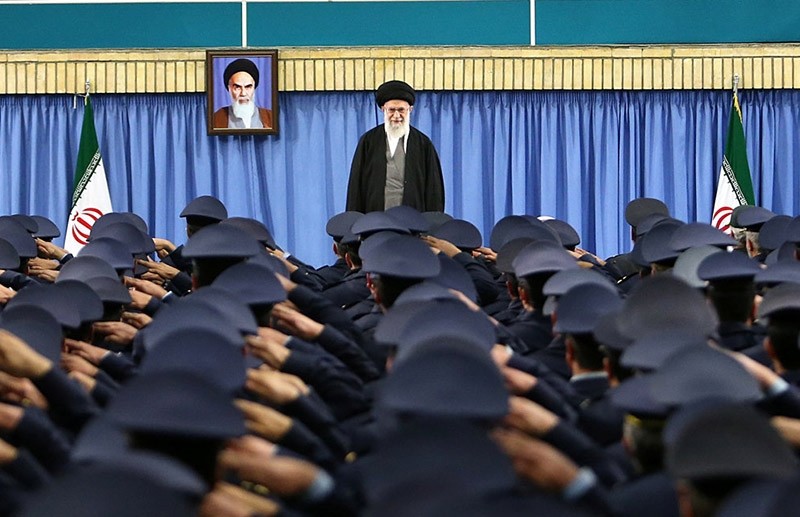 Iran's Supreme Leader Ayatollah Ali Khamenei arrives to deliver a speech in a meeting with military commanders in Tehran, Iran (Reuters Photo)
by Feb 07, 2017 12:00 am

"We are thankful to this gentleman... he showed the real face of America," Khamenei said in a speech to military officers in Tehran.

"What we have said for more than 30 years - that there is political, economic, moral and social corruption in the ruling system of the US - this gentleman came and brought it out into the open in the election and after the election."

He referred to the case of a young Iranian boy who was pictured in handcuffs at a U.S. airport following Trump's ban on visas for seven Muslim-majority countries, including Iran.

"By what he does - handcuffing a five-year-old child - he shows the true meaning of American human rights," Khamenei said.

He also responded to Trump's tweet of February 3, when the U.S. president said: "Iran is playing with fire - they don't appreciate how 'kind' President Obama was to them.".

Khamenei ridiculed the idea of being grateful to former president Barack Obama, saying he was the one who placed "paralysing sanctions" on Iran and helped create the Daesh terrorist group through his destabilising actions in Iraq and Syria.