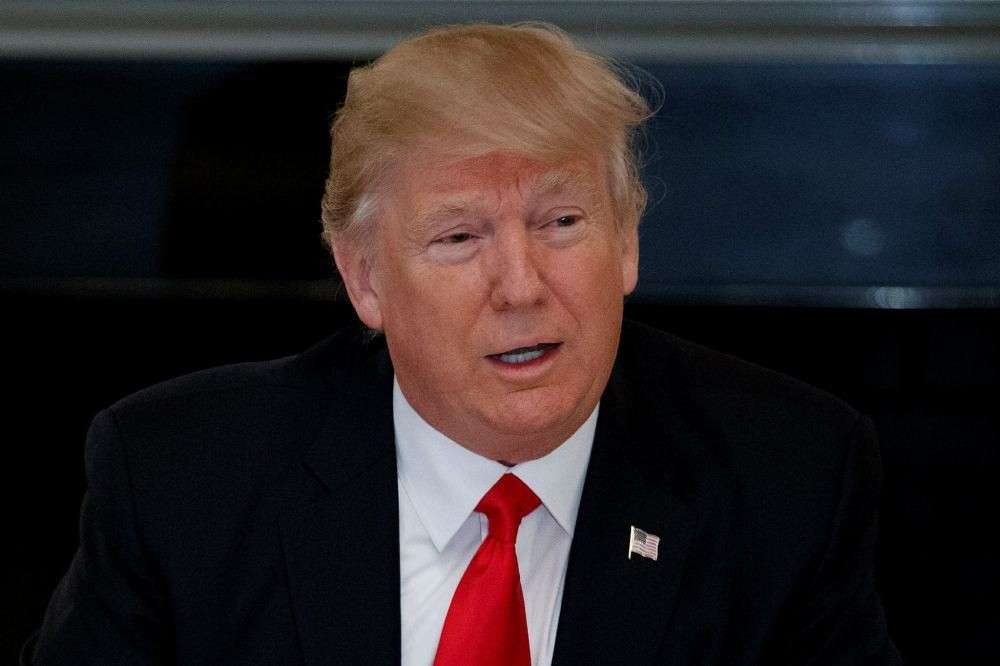 President Donald Trump speaks in the State Dining Room of the White House in Washington, Feb. 3.
by Compiled from Wire Services Feb 09, 2017 12:00 am

U.S. President Donald Trump's administration allegedly considers a proposal that could lead to potentially designating Iran's Islamic Revolutionary Guard Corps (IRGC) as a terrorist organization, according to U.S. officials familiar with the matter.

The officials said several U.S. government agencies have been consulted about such a proposal, which if implemented would add to measures the United States has already imposed on individuals and entities linked to the IRGC.

The United States has already blacklisted dozens of entities and people for affiliations with the IRGC. In 2007, the U.S. Treasury designated the IRGC's Quds Force, its elite unit in charge of its operations abroad, "for its support of terrorism," and has said it is Iran's "primary arm for executing its policy of supporting terrorist and insurgent groups."

A designation of the entire IRGC as a terrorist group would potentially have much broader implications, including for the 2015 nuclear deal negotiated between Iran and the United States and other major world powers.

The move came after the Trump administration ordered sanctions against more than two dozen people and companies from the Persian Gulf to China last Friday in retaliation for Iran's recent ballistic missile test, increasing pressure on Tehran without directly undercutting a landmark nuclear deal with the country.

It is Trump's first package of penalties against Iran, reflecting his insistence on a tougher stance toward Tehran. After tightening sanctions against Iran last week in response to a ballistic missile test, White House officials said the measures were an "initial" step. U.S. Gulf allies have long favored a tougher U.S. stance against Iran, whom they blame for regional interference. Throughout his election campaign, Trump accused the Obama administration of being weak on Iran, and he vowed to crack down if elected.

Iran has acknowledged that it conducted a missile test. But it insists the test didn't violate the 2015 nuclear accord it reached with the United States and five other world powers, or a subsequent U.N. Security Council resolution extending an eight-year ban on ballistic missiles "designed to be capable of delivering nuclear weapons." Washington, under Obama and Trump, and its Western allies agree the matter is separate from the nuclear pact but maintain that the missile tests violate the U.N. ban.

International sanctions on Tehran were lifted in January of last year under a nuclear deal brokered in 2015 by Britain, France, Germany, China, Russia and the United States. Under the nuclear deal, Iran agreed to curb its nuclear program in exchange for most of the sanctions being lifted. According to a 2015 U.N. resolution endorsing the deal, Iran required to refrain from working on ballistic missiles designed to deliver nuclear weapons for up to eight years. Iran has test-fired several ballistic missiles since the nuclear deal in 2015, but the latest test was the first since Trump became president.
Last Update: Feb 09, 2017 10:14 am
RELATED TOPICS