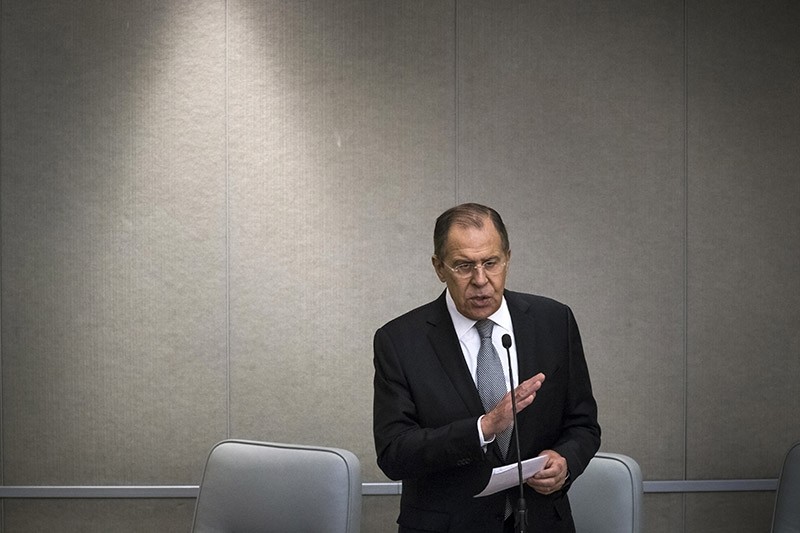 Russian Foreign Minister Sergey Lavrov has said that the Assad regime was directly or indirectly negotiating with representatives of the Kurdish political-social structure and PKK's Syrian offshoot People's Protection Units (YPG) when needed, the Russian Izvestia daily reported on Friday.

During the interview, Lavrov answered questions regarding news of meetings between the regime and Kurdish groups at the Khmeimim Air Base that had been reported by the Arab media.

Lavrov stated that Russia was making an effort to establish a common understanding between the Assad regime and Kurds "to protect Syria's integrity."

Within this context, the foreign minister said that the four meetings were organized between the Assad regime and Syria's Kurdish groups with Russia as a mediator last year between June and December.

He stated that the meetings were progressing positively, arguing that there was potential for an agreement.

The foreign minister also said that NATO increasing its military presence near the Russian border was "provocative and damaging stability," and added that Russia was closely monitoring developments of Europe's military policy and taking necessary steps to confront current risks.