Era of détente with Iran under Obama administration comes to end 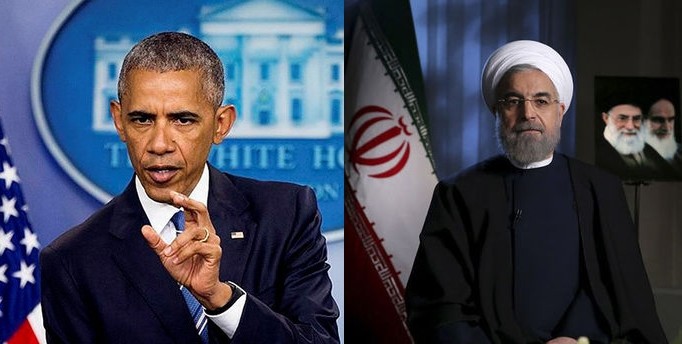 The new U.S. administration, unlike Obama's, has taken a tough stance on Iran, which has been putting the U.S.'s regional traditional allies in trouble

During the era of former U.S. President Barack Obama, Iran enjoyed the opportunity to fill the vacuum in the Middle East after the White House abandoned its traditional allies, like Turkey and Saudi Arabia. The Ankara government has warned its counterparts in the U.S. repeatedly over the expansion of the PKK's Syrian branch the Democratic Union Party (PYD), which explicitly aims to create a Kurdish corridor to establish an autonomous area by neutralizing both Kurdish and Arab dissidents. However, the U.S., failing to ally with Turkey against the group, has increased its military support for the PYD under the pretext that it was the only group fighting Daesh on the ground.

After Turkey launched Euphrates Operation Shield in August, the U.S. hesitated to pledge support to Turkey's war on terror. Ankara has urged the U.S. to take action against the group and back moderate opposition groups, but the U.S. has been busy arming the PKK offshoot. Therefore, Turkey had to deal with both Daesh and the PYD at a time when Iran has driven thousands of its militias to destroy Turkish-backed opposition groups. Despite the fact that Iran and Turkey were on opposite sides in Syria, the Obama administration accelerated the nuclear talks to lift the sanctions.

Similarly, the U.S. had its worst relations with Saudi Arabia under Obama as the Riyadh administration claimed that Iran was provoking Shiite minorities in the Gulf against the monarchs and was arming Yemen's Houthis, who overthrew the internationally recognized government. Notwithstanding supporting Saudi Arabia's desperate war in Yemen against Iran's proxies, the Obama administration bettered its relations with Iran, which would strengthen the country economically.

However, with the election of Donald Trump, the détente era with Iran seems to be over. The so-called Muslim ban includes Iranian citizens, and it reflects that the Trump administration considers Iran a center of terrorism. In early February, new Defense Secretary James Mattis said Iran was the world's biggest terrorist state. Being a critic of the nuclear deal, Trump said it was the worst deal he had ever seen. He also signaled that he might tear up the deal. Last week, U.S. media outlets reported that the Trump administration might designate the Iranian Revolutionary Guards as a terror group. It is a fact that the guards have been mobilizing radical Shiite groups like Hezbollah and the Hashd al-Shaabi in both Syria and Iraq. The presence of these groups, which have been accused by several rights groups of committing atrocities against Sunni civilians, was a matter of dispute between Turkey and Iran. Being aware of these groups' activities, Trump said, "We have seen their [Iran's] misconduct, their misbehavior, from Lebanon and Syria to Bahrain and to Yemen, and it's got to be addressed at some point."

The test firing of a medium-range ballistic missile on Feb. 3 angered Trump and he said on Twitter Iran "was playing with fire." Declaring that the U.S. will impose new sanctions on Iran,John E. Smith, acting director of the Treasury Department's Office of Foreign Assets Control, said, "Iran's continued support for terrorism and development of its ballistic missile program poses a threat to the region, to our partners worldwide and to the United States."

The Tehran administration is not soft on Trump either, as the anti-U.S. tone has been increasing in Iran as thousands of Iranians chanted anti-U.S. slogans during the anniversary of the Iranian revolution. "They carried 'Death to America' banners and effigies of Trump, while a military police band played traditional Iranian revolutionary songs. State TV showed footage of people stepping on Trump's picture in a central Tehran street. Marchers carried the Iranian flag and banners saying: 'Thanks Mr. Trump for showing the real face of America." "America and Trump cannot do a damn thing. We are ready to sacrifice our lives for our leader," a young man told state TV in a reference to Supreme Leader Ayatollah Ali Khamenei," Reuters reported on Friday. During the celebrations, Iranian President Hassan Rouhani said anyone who threatens Iran will regret it. In respond, Trump warned him and said, "Better be careful."

Apparently, the new U.S. administration will not be tolerant of Iran, contrary to the former administration. Trump's cabinet is expected to increase cooperation in the region with its traditional allies, excluding Iran.
RELATED TOPICS