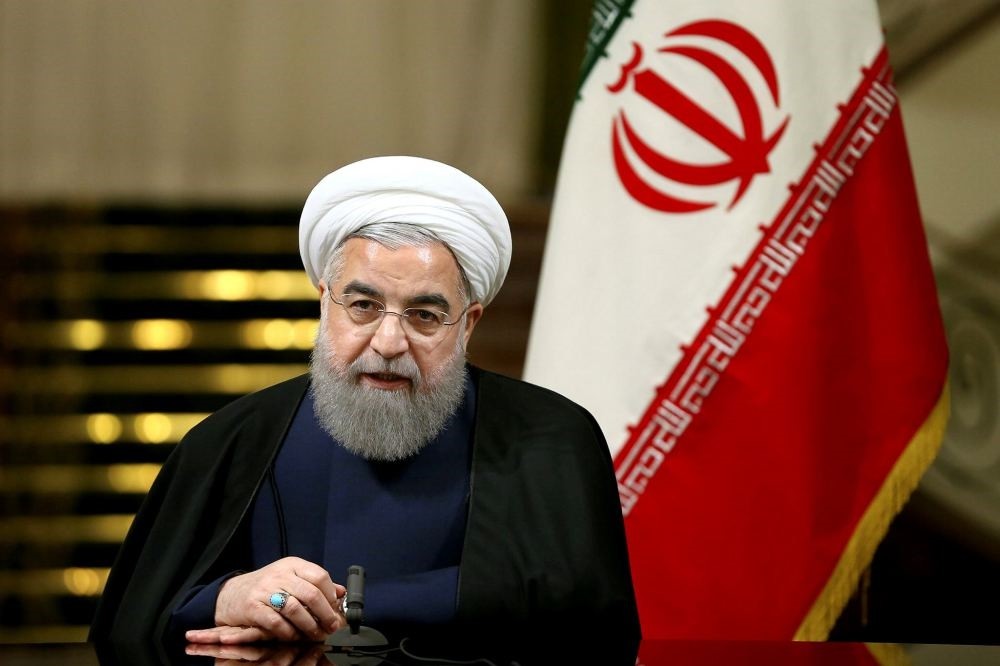 "Gulf states have a true desire that relations with Iran are normal and based on international law," Sheikh Sabah said at the time, calling for a "normalization of ties and opening dialogue". Kuwait's foreign minister paid a rare visit to Tehran late in January to deliver a message to Rouhani on a "basis of dialogue" between Gulf Arab states and arch-rival Iran.

The six Arab members of Gulf Cooperation Council (GCC), especially Saudi Arabia, accuse Tehran of using sectarianism to interfere in Arab countries and build its own sphere of influence in the Middle East. Iran denies the accusations. At a December GCC summit held in Bahrain, the six-nation council tasked Kuwait with establishing contacts with Iran. The Gulf states fear that Tehran's nuclear energy program poses a threat to regional security. Tehran, for its part, says its nuclear program is entirely peaceful.

Saudi Arabia and its Gulf allies also accuse Tehran of arming and supporting Yemen's Shiite Houthi group, which overran the capital Sanaa and other parts of the country in 2014. The six-year conflict in Syria has also contributed to the deterioration in Gulf-Iran relations.

Saudi Arabia and Bahrain in January 2016 cut diplomatic relations with Iran and some other Gulf states recalled their ambassadors in solidarity with the oil-rich kingdom after its embassy in Iran was torched by protesters.

Iran has had no diplomatic relations with regional kingdom Saudi Arabia since January last year when protesters stormed the kingdom's missions in Tehran and Mashhad following the execution of a Saudi Shiite Muslim cleric. Ties were already strained between the region's leading Shiite and Sunni powers, which have taken opposing sides in the conflicts in Syria and Yemen, and the persistent political unrest in Sunni-ruled but Shiite-majority Bahrain.

Oman has traditionally resisted Gulf Arab states' efforts to close ranks against Iran. It helped to mediate secret U.S.-Iran talks in 2013 that led to the historic nuclear deal signed in Geneva two years later. It has always had good ties with Iran. The country is the only one of the six Gulf Arab states not taking part in the Saudi-led military intervention against Shiite rebels in Yemen. Rouhani said in January that at least 10 countries including Kuwait have offered to mediate in the escalating feud between Saudi Arabia and Iran.
RELATED TOPICS