Trump urges Israeli PM Netanyahu to 'hold off' on settlements 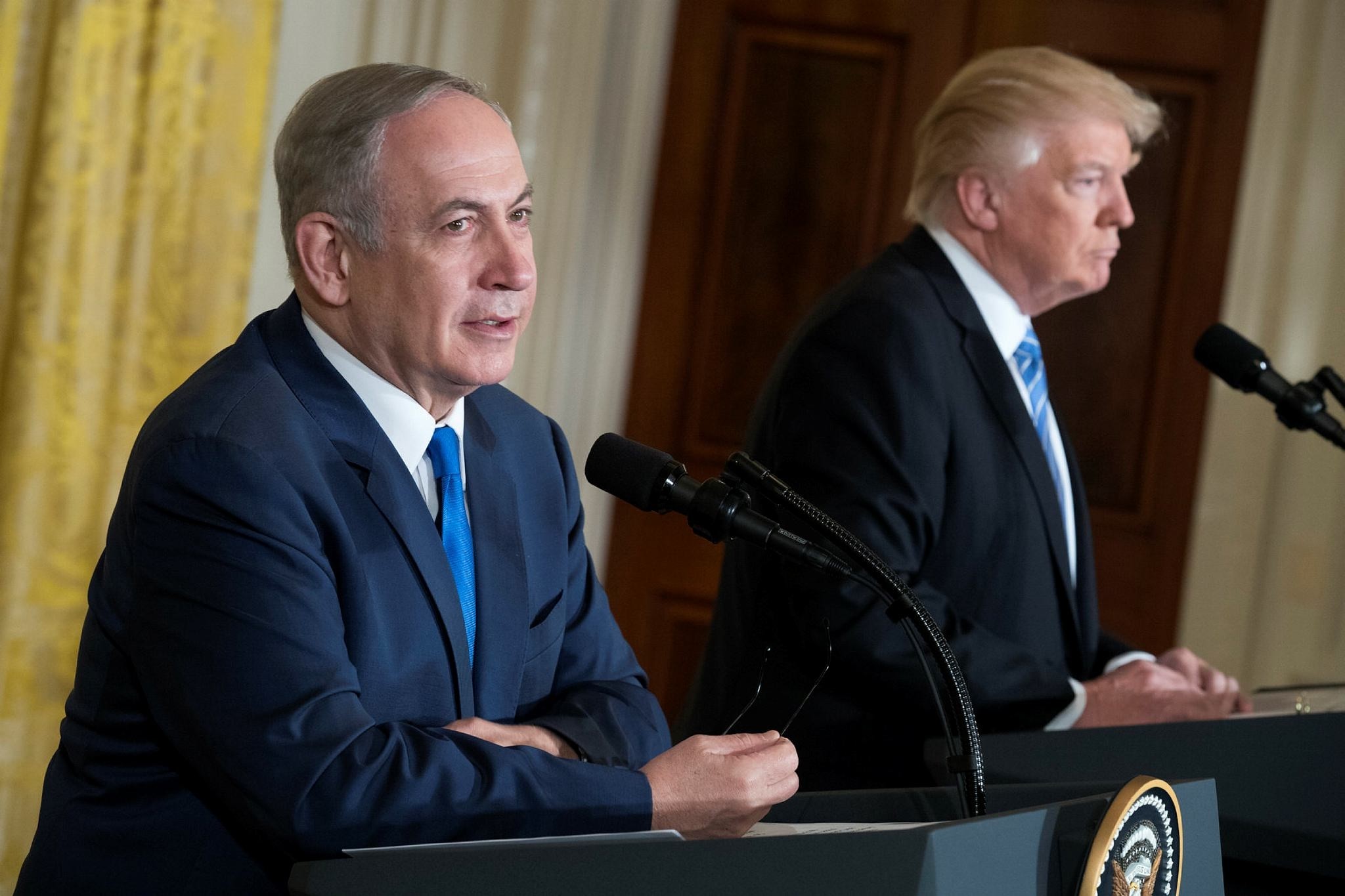 Israeli Prime Minister Benjamin Netanyahu (L), with US President Donald J. Trump (R), responds to a question from the news media during a joint press conference in the East Room in of White House in Washington, DC, USA, 15 February 2017. (EPA Photo)
by Associated Press Feb 15, 2017 12:00 am

President Donald Trump on Wednesday asked Israel's prime minister to "hold off" on building Jewish settlements on land the Palestinians claim for their future state, yet held back from explicitly endorsing support for a future independent Palestine.

After weeks of dancing around the issue of expanded Israeli settlements, Trump made the request to Israeli Prime Minister Benjamin Netanyahu at a joint news conference at the White House preceding their private discussions. It is Netanyahu's first trip to Washington since Trump became president.

While Trump's call echoed that of past U.S. presidents, who've considered Israeli housing construction in east Jerusalem and the West Bank an obstacle to a Mideast peace deal, the American leader broke with his predecessors on the idea of a two-state agreement. While such an accord may have once appeared to be the "easier of the two" options, Trump said he'd be open to alternatives if the two sides propose something better.

The two leaders were to discuss peace efforts as well as Iran and Trump's campaign pledge to move the U.S. Embassy in Israel from Tel Aviv to Jerusalem. Relocating the embassy would signal American recognition of Jerusalem as Israel's capital, a move that would infuriate Palestinians. They claim the eastern sector of the city, captured by Israel in the 1967 war, as their capital.

Trump said Wednesday he'd like to see the embassy moved but that he is studying the issue closely.

American presidents have struck a delicate balance in addressing the Israeli-Palestinian conflict, stressing the close U.S. friendship with Israel and lavishing the Jewish state with bountiful aid. But recent presidents also have called out Israel for actions seen as undermining peace efforts, such as expanding settlements.

On Tuesday, a senior White House official said Trump is eager to begin facilitating a peace deal between the two sides and hopes to bring them together soon.

It will be up to the Israelis and Palestinians to determine what peace will entail, said the official, who was not authorized to publicly discuss the leaders' session before it took place and spoke on condition of anonymity. Peace, not a two-state solution, is the goal, the official said.

State Department officials said they were not aware of any policy shift on the desirability of an agreement establishing an independent Palestine side-by-side with Israel — long the bedrock of U.S. policy in the region.

Three officials said the department was seeking clarification from the White House's comments, which came as Secretary of State Rex Tillerson was having dinner with Netanyahu on Tuesday. The officials spoke on condition of anonymity because they were not authorized to discuss the matter publicly.