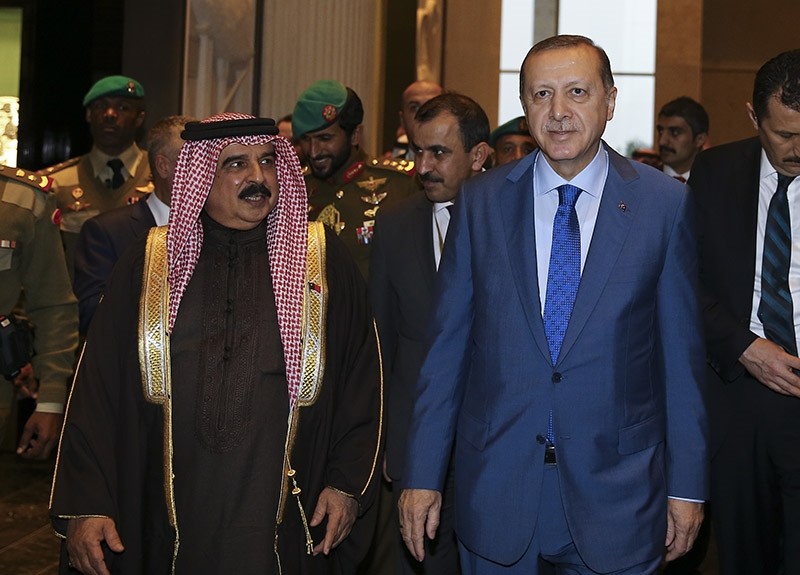 Turkish architects and engineers will build a mosque with a 20,000-person capacity in Bahrain, various Bahraini news outlets reported on Thursday.

President Erdoğan agreed to send a delegation of Turkish architects to Bahrain to discuss the design of the planned mosque, reports said.

The proposed mosque will reflect the deep connection and cultural ties between the two states, in addition to Turkey's beautiful Islamic civilization, news outlets added.

Bahraini media also said that King Hamad bin Isa Al Khalifa had invited Turkish companies to Bahrain to discuss a second bridge project, adding that a technical team would soon meet for talks about the infrastructure of the project.

The planned bridge project will be discussed in further detail in March during the joint economic meeting between Turkey and Bahrain, the same sources reported.

Turkey had previously signed four agreements in multiple areas, including diplomacy, education and defense, to seal cooperation with Bahrain, which was the first stop on President Erdoğan's Gulf tour in February.