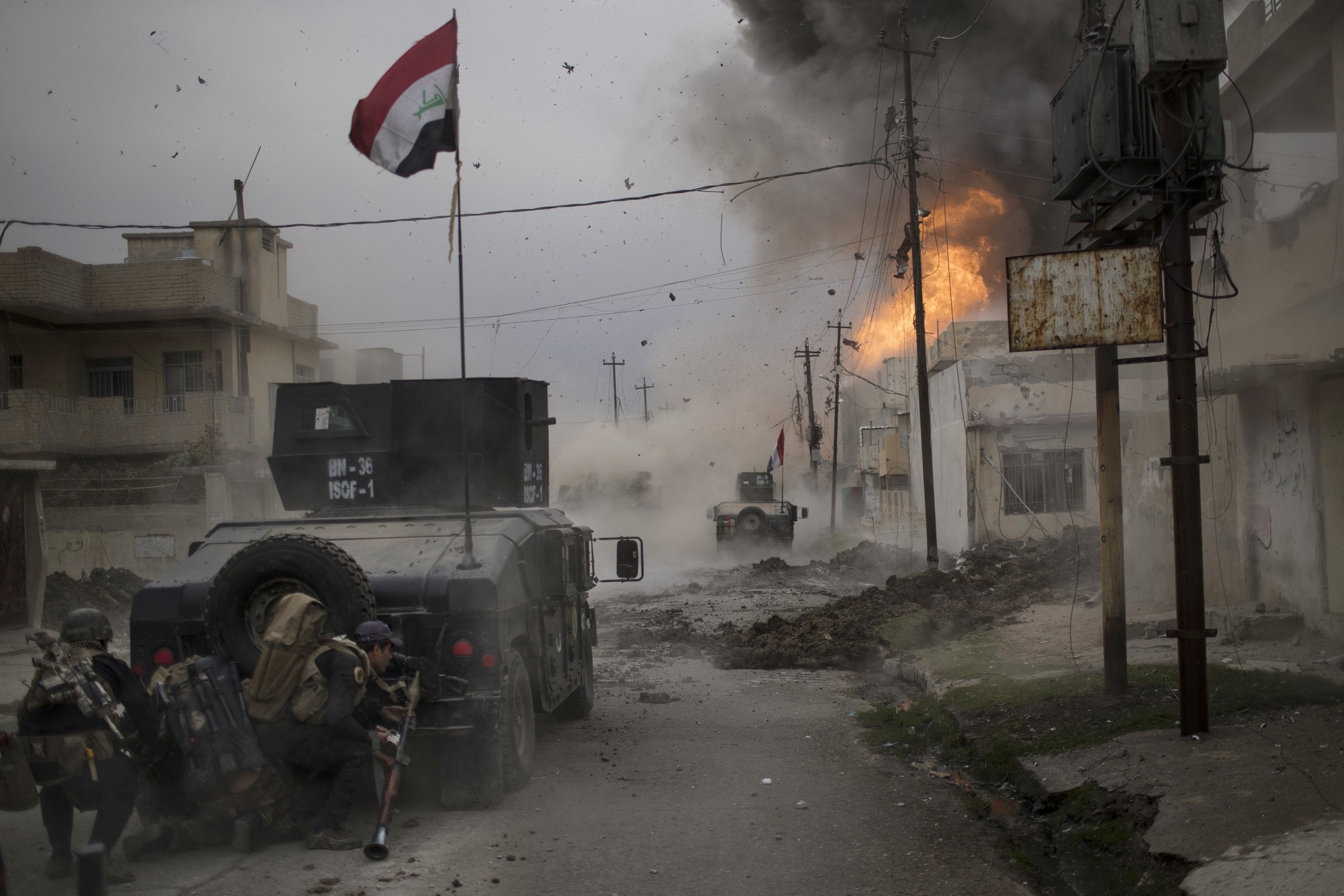 A car bomb explodes next to Iraqi special forces armored vehicles as they advance towards Daesh held territory in Mosul, Iraq. (AP Photo)
by Associated Press Feb 19, 2017 12:00 am

Iraqi forces launched an operation Sunday to retake the western half of Mosul from the Daesh.

Southwest of Mosul, near the city's Daesh-held airport, plumes of smoke were seen rising into the sky as coalition aircraft bombed militant positions. Further south at an Iraqi base, federal police forces were gathering and getting ready to move north.

Iraq declared eastern Mosul "fully liberated" last month after three months of fierce fighting, but the militants have continued to stage attacks there, including two suicide bombings against government forces on Sunday.

The battle for western Mosul promises to be even more daunting, as the half of the city west of the Tigris River has older, narrower streets and is still heavily populated.

Prime Minister Haider al-Abadi announced the start of the latest operation on state TV. Using the Arabic acronym for IS, he said government forces were moving to "liberate the people of Mosul from Daesh oppression and terrorism forever."

Iraqi forces drove IS from eastern Mosul last month, but the militants appear to have left behind sleeper cells to carry out attacks.

Rasool declined to provide casualty figures. Two policemen said one Sunni fighter was killed and nine were wounded in the first attack, while the second attack wounded five soldiers. They spoke on condition of anonymity because they were not authorized to release information.

Iraqi special operations forces, regular army and federal police units are taking part in the offensive along with government-approved paramilitary forces, mainly consisting of Shiite militias, which are operating on the city's outskirts.

Mosul fell to Daesh in the summer of 2014, along with large swaths of northern and western Iraq.