Save the Children warns of children’s safety during Mosul operations 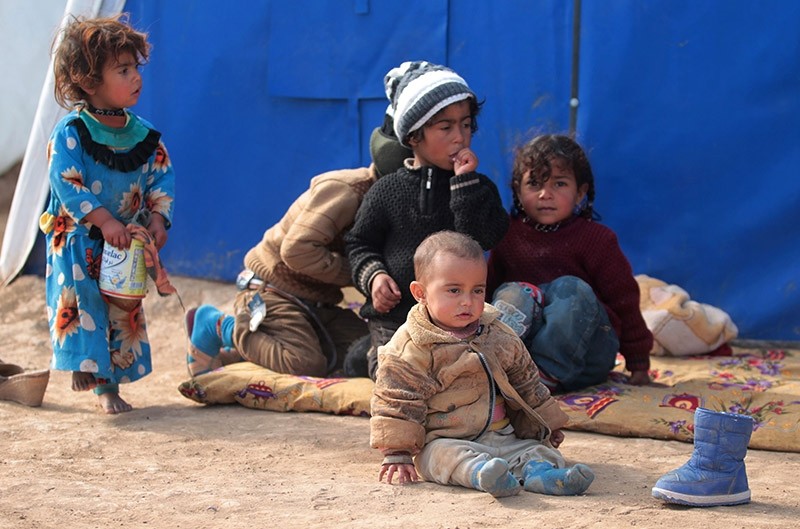 Displaced Iraqi children sit at the Al-Agha camp where Iraqi families from the nearby villages of Tal Afar are taking shelter as Iraqi forces continue their military operation in Mosul on February 16, 2017. (AFP Photo)
by Daily Sabah Feb 20, 2017 12:00 am

Save the Children, a London based NGO, warned Iraqi security forces and their allies about the safety of some 350,000 children during military operations in the western part of Mosul.

In a written statement, the organization's Iraq country director Maurizio Crivallero said, "Iraqi forces and their allies, including the US and UK, must do everything in their power to protect children and their families from harm, and avoid civilian buildings like schools and hospitals as they push deeper into the city."

Operations to recapture Mosul's west bank began on Sunday, and could become some of the fiercest fighting yet in the now four-month long offensive.

Crivallero reiterated this notion in the written statement, "The impact of artillery and other explosive weaponry in those narrow, densely-populated streets is likely to be more deadly and indiscriminate than anything we have seen in the conflict so far."

Explaining the harsh realities of the situation, Crivallero said, "This is a grim choice for children in western Mosul right now: bombs, crossfire and hunger if they stay—or execution and snipers if that try to run."

He underscored that families in western Mosul were living under the threat of Deash, and emphasized the lack of escape routes from the city, as well as the food, water, and medicine shortages.

"Safe escape routes for civilians must also be established as soon as possible," he added.

A Save the Children spokeswoman confirmed that there are some 350,000 people under the age of 18 living in the region.