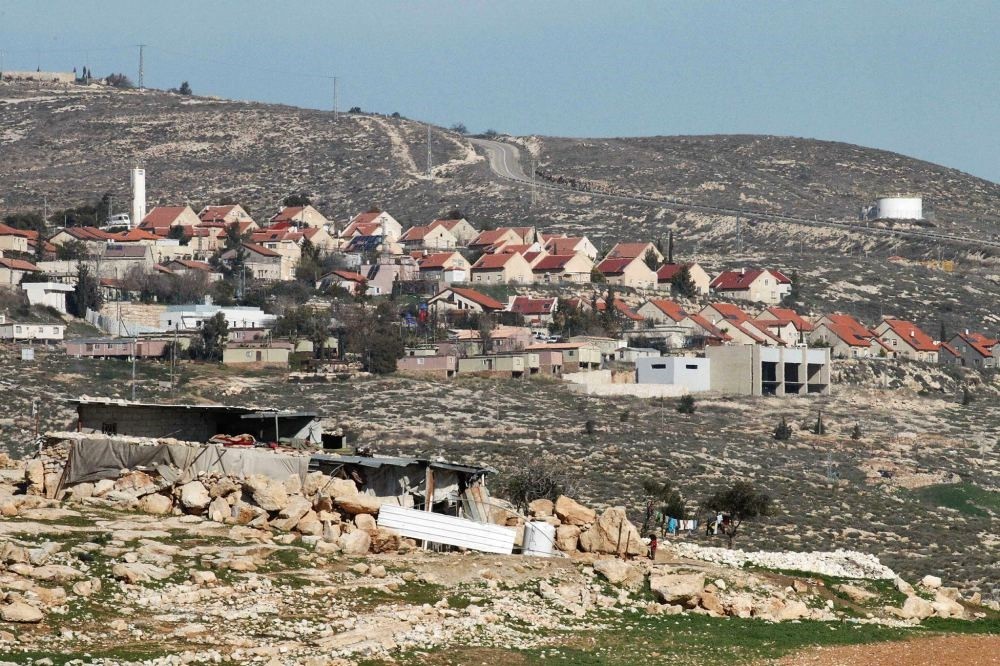 A general view of the Israeli settlement of Bani Hever, southwest of the Israeli occupied West Bank town of Hebron, surrounded by the Palestinians' lands of Bani Naaim village.
by Daily Sabah with Wires Feb 21, 2017 12:00 am

Amid Israeli Prime Minister Benjamin Netanyahu's expansionist policy in the occupied Palestinian territory, Israeli authorities are building commercial centers in a move to contract Palestinians presence in the territory, as reported by Israeli newspaper Hareetz.

The move came amid promises to build new settlements for Jewish residents in areas unauthorized for housing construction.

Israeli officials approved the construction of 3,000 new settlement units in the Israeli-occupied West Bank as part of a massive expansion policy in occupied Palestinian territory. Since Donald Trump took the presidential office in the U.S. with top aides sympathetic to the settlement enterprise, the Israeli government has announced a string of new projects that will add more than 6,000 homes for Jewish settlers.

The explosive law is the latest in a series of pro-settler steps taken by Israel's hardline government since Trump's election. Since Trump took office last month, Israel has announced plans to build over 6,000 settler homes in the West Bank and east Jerusalem, illegally occupied territories claimed by the Palestinians.

After ignoring a string of Israeli announcements, the Trump White House last week finally said that settlements "may not be helpful" for peace. But after the law was passed, it said only that it would wait for Israel's courts to rule on the legislation before taking a stance.

According to the law, Palestinian landowners would be compensated either with money or alternative land, even if they did not agree to give up their property. Critics say the legislation enshrines into law the theft of Palestinian land, and it is expected to be challenged in Israel's Supreme Court.