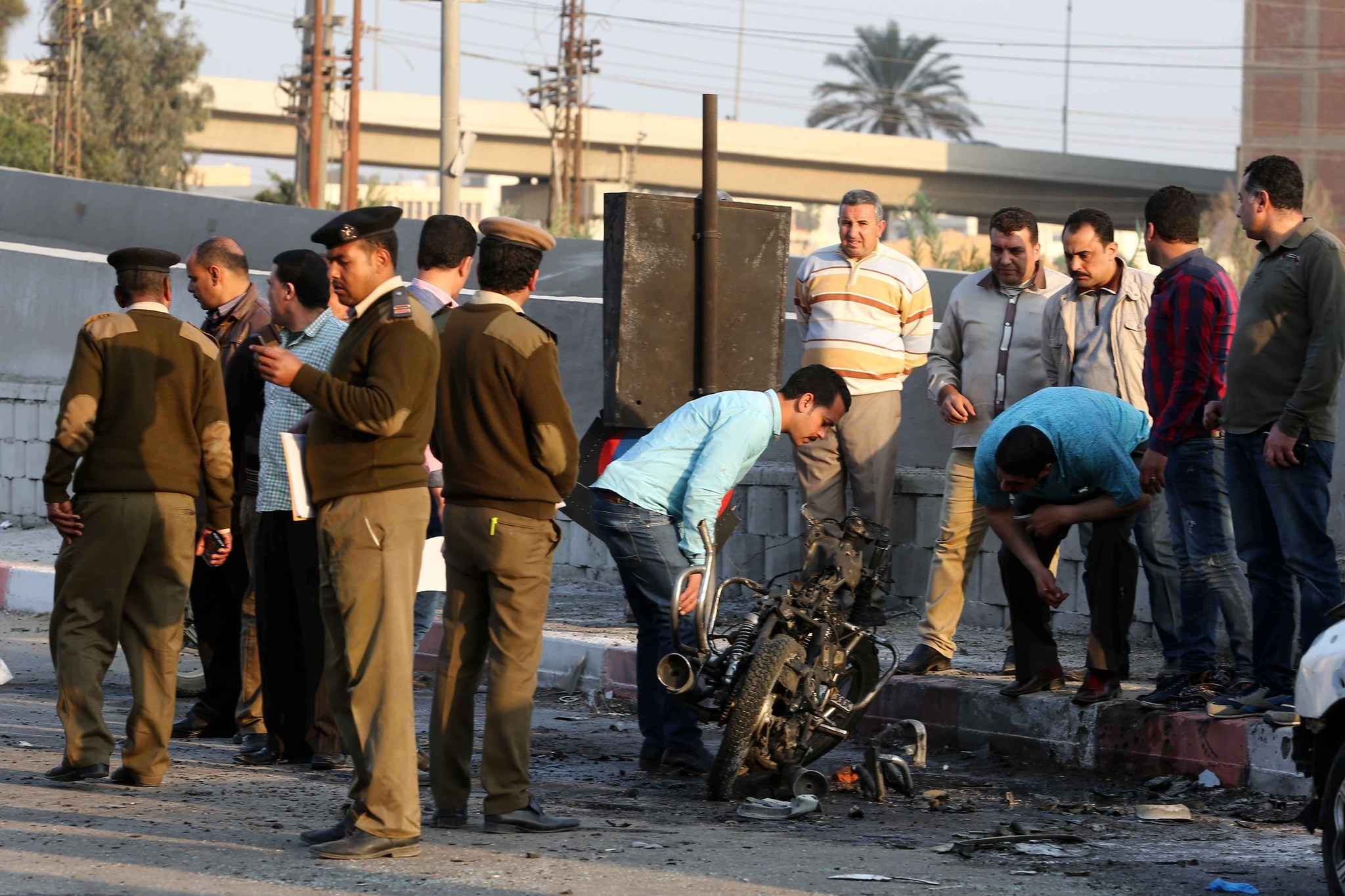 At least 13 policemen and three civilians were wounded when a bomb exploded near a police training center in the Nile Delta city of Tanta on Saturday in an attack claimed by a militant Islamist group.

The bomb was planted on a motorcycle parked near the center, which was cordoned off following the blast as security forces combed the scene, the Interior Ministry said in a statement. Two of the wounded are in a critical condition, a health ministry spokesman said.

A newly emerged militant group that calls itself Louwaa el Thawra, or the Revolution Brigade, claimed responsibility for the attack via Twitter.

"A training center for the police militias has been targeted in Gharbia province with a highly explosive device ... our fighters withdrew safely after completing the mission," the group's statement said without giving further details.

Egypt faces a rise in terrorist attacks by Daesh's branch in North Sinai, where hundreds of soldiers and police have been killed. There have also been attacks in Cairo and other cities.

Judges and other senior officials have been targeted increasingly by radical Islamists angered by hefty prison sentences imposed on members of the now-outlawed Muslim Brotherhood.

The Brotherhood, which says it is a peaceful organization, won Egypt's first free elections after the 2011 uprising that ended Hosni Mubarak's 30-year rule.

Since the Brotherhood's candidate, President Mohamed Mursi was deposed in mid-2013 after mass protests against his rule, general-turned-president Abdel Fattah al-Sisi has overseen a crackdown in which hundreds of Brotherhood supporters have been killed and thousands jailed or sentenced to death.

"Did you think we had forgotten the blood of our martyrs? .. Revenge.. Revenge is a right," the militant group said on Twitter about an hour before the claim of responsibility.

Revolution Brigade has claimed responsibility for a number of attacks, including the assassination of a senior Egyptian military official who was shot as he left his home on the outskirts of Cairo.

Brigadier General Adel Rajaaie, 52, an armored division commander who had served in troubled northern Sinai, was the most senior military official to be assassinated in Cairo since Mursi was ousted.