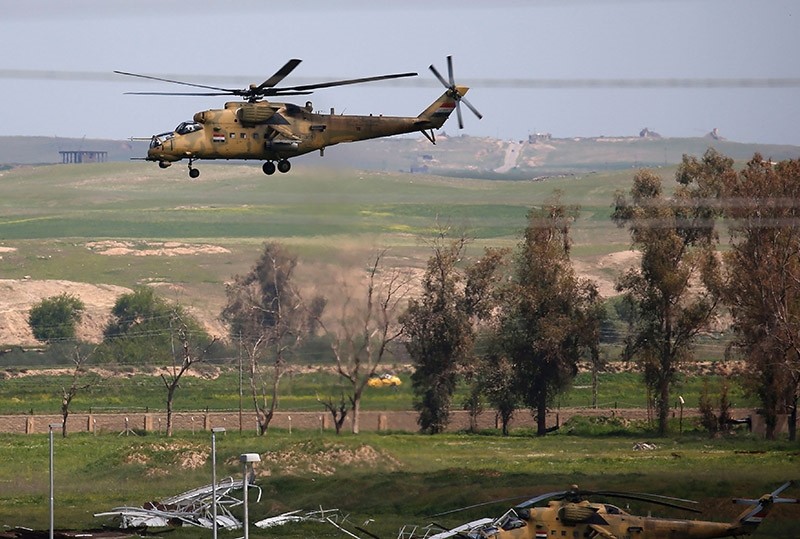 Two Iraqi army pilots were killed on Thursday when their helicopter was shot down over the city of Mosul by Daesh terrorists, according to a military statement.

The helicopter was providing air support to Federal Police forces battling Daesh on the western side of Mosul, the statement said.

It is the first aircraft downed by the terrorist group over Mosul since the start of the U.S.-backed offensive on the northern Iraqi city, in October.

Mosul is Daesh's last major city stronghold in Iraq. The terrorist group seized the city nearly three years ago, declaring from one of its old mosques a self-proclaimed "caliphate" that also spans parts of Syria.

Daesh's news agency Amaq said the helicopter crashed in al-Ghabat, east of the Tigris river which runs through Mosul. The Iraqi military statement also located the crash on the eastern side, which was recaptured from the terrorists in January, after 100 days of fighting.

The insurgents are putting up stiff resistance in the remaining district under their control in northwestern Mosul and the densely populated Old City. The militants are dug in surrounded by civilians, effectively using them as human shields and taking advantage of the narrow streets of the Old City that restrict the movements of the Iraqi forces and limit the use of artillery and air power.