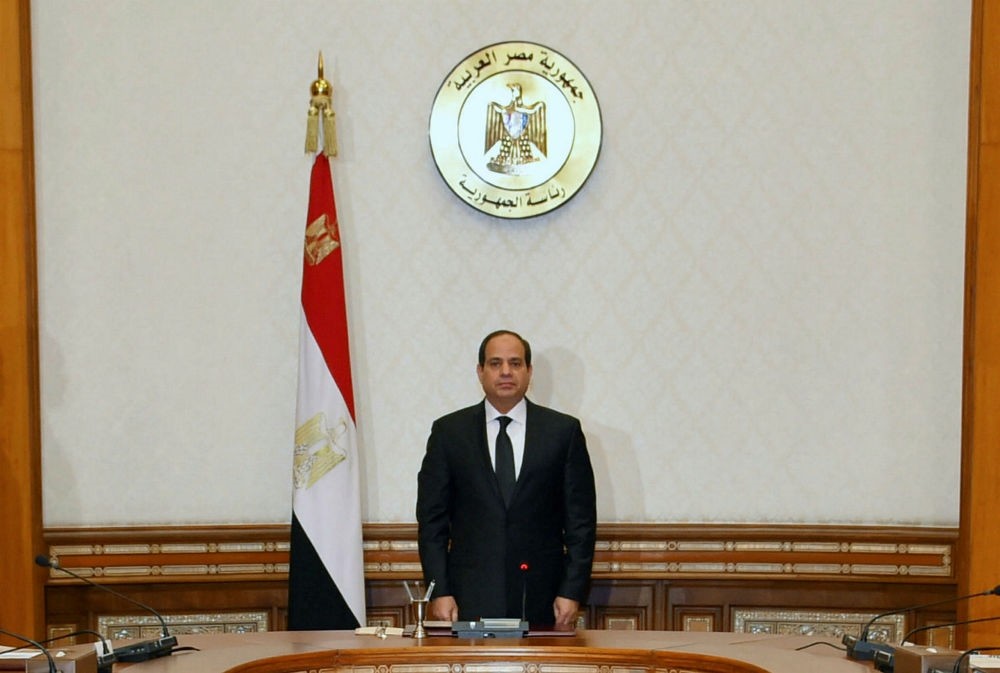 Sisi's visit to the papal seat in Cairo came a day after the interior ministry identified one of the two suicide bombers who struck two Coptic churches on Palm Sunday, killing 45 people.

The Islamic State group claimed the attacks, which followed a December 11 suicide bombing that killed 29 people in a Cairo church.

Sisi said "state agencies were exerting their utmost effort to chase down the perpetrators of those vile acts," the presidency said in a statement.

The interior ministry on Wednesday offered a 100,000-pound (about $5,500) reward for information leading to the arrest of 18 suspects it said were members of jihadist cells linked to the the church attacks.

The second struck outside Saint Mark's church in Alexandria, killing 17 people after a suicide bomber was prevented from entering the building.

Sisi declared a three-month state of emergency after the bombings and called on the army to protect "vital" installations around the country.

The Coptic Church said on Wednesday it would cut back Easter celebrations to a single mass after the bombings.

The violence came ahead of Catholic Pope Francis's first visit to Egypt, which a Vatican official said will go ahead as planned on April 28 and 29 despite the attacks.
RELATED TOPICS