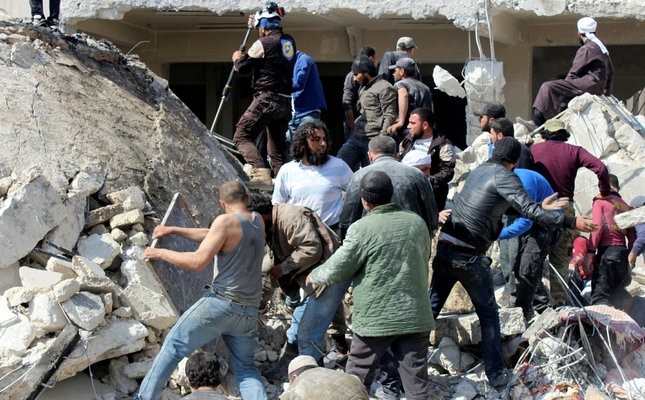 Assad regime launched a chemical strike on a Syrian village that killed 87 people earlier this month.

In an exclusive interview last week with AFP in Damascus, Assad said the suspected chemical attack was a "fabrication" to justify a U.S. missile strike on Syrian regime forces.

"Definitely, 100 percent for us, it's fabrication," he said.

World leaders including President Erdoğan and U.S. President Trump have accused Assad of being behind the attack in the opposition-held town, saying his forces used a chemical weapon during an air strike.

The suspected attack killed at least 87 people, including many children, and images of the dead and of suffering victims provoked global outrage.

The missile strike was the first direct U.S. military action against Assad's forces since the start of Syria's civil war six years ago and precipitated a downward spiral in ties between Washington and Moscow.