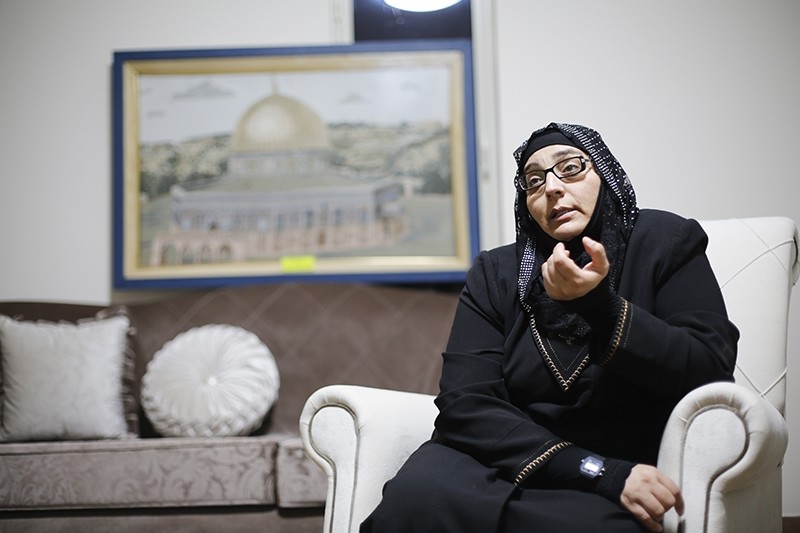 Though she was released from an Israeli prison after 15 years behind bars, Lina al-Jarbouni still feels her joy is not complete.

"My joy is incomplete since there are thousands of Palestinians still languishing in Israeli jails," Jarbouni told Anadolu Agency in an exclusive interview.

The longest-serving Palestinian female prisoner in Israeli prisons, Jarbouni was released last week by Israeli authorities after 15 years in detention.

Born in 1974 in the Arab-Israeli town of Arraba, Jarbouni was arrested in 2002 at the height of the Palestinian uprising against Israel on charges of belonging to Palestinian group Islamic Jihad, which Israel considers as a "terrorist organization".

She was slapped with a 17-year jail term, but her sentence was later reduced to 15 years in prison after a court appeal.

Jarbouni said her happiness was mixed with grief for other Palestinians still imprisoned by Israel.

"The Palestinian prisoners now stand against the Israeli authorities that want to take away their rights which they have gained through years of hunger strikes and dozens of deaths," she said.

Participants in the strike, which was launched to coincide with Palestinian Prisoners Day, demand improved medical care and better treatment for female inmates.

"People outside prison might think that hunger strike only means stop eating and drinking," Jarbouni said. "However, it's one of the most difficult situations that the detainee might experience."

"The detainees decide to go on hunger strike after all other options and ways of communicating their demands to the prison authorities fail," she said.

There are approximately 6,500 Palestinians currently languishing in prisons throughout Israel, according to Palestinian figures.

Now freed, Jarbouni plans to pursue her diploma education and rally for defending the rights of Palestinian detainees in Israel.

"I call on the Palestinians and all Arabs to support the detainees and their cause during their current strike," she said.