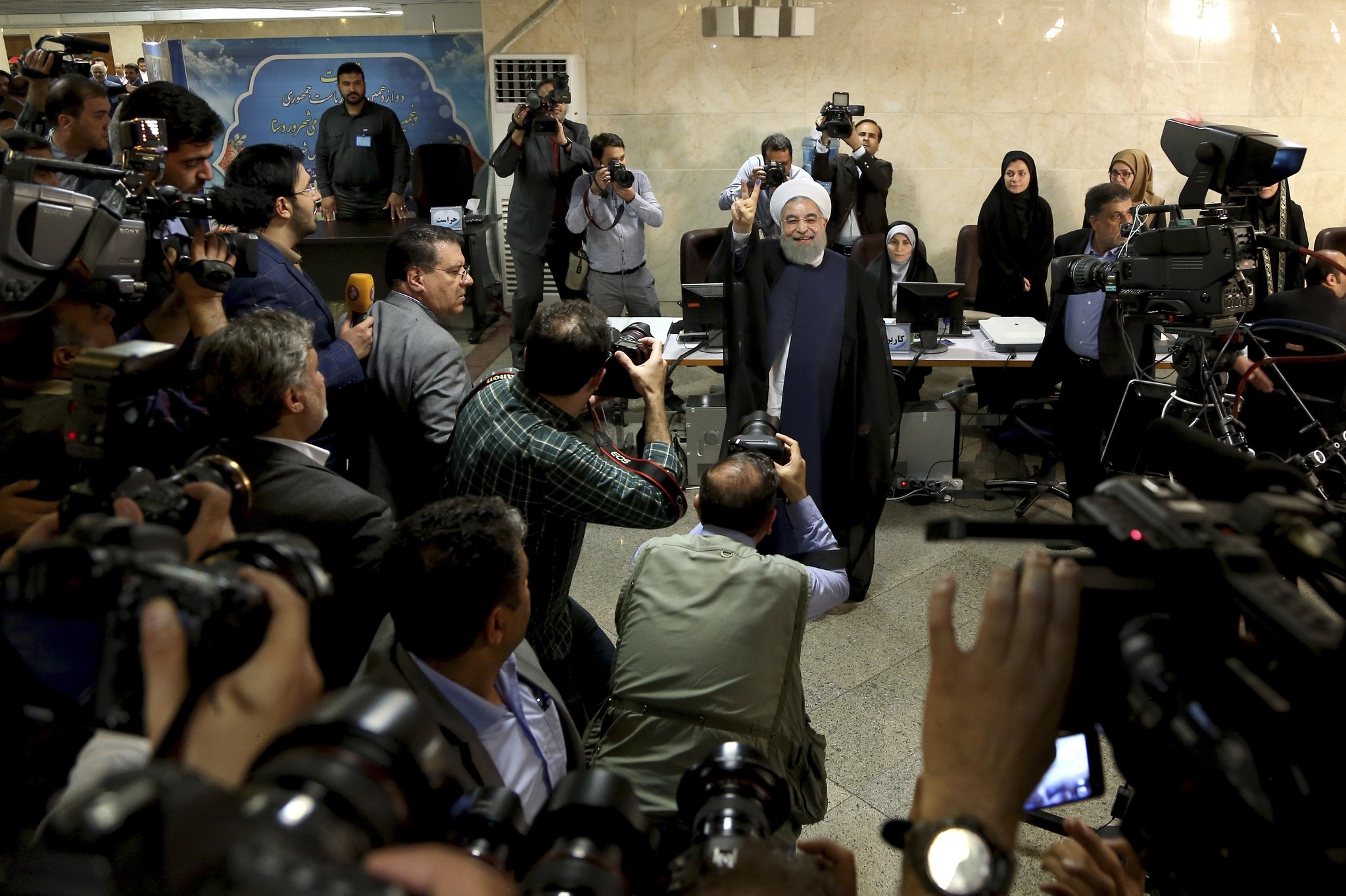 Iranian President Hassan Rouhani waves to media as he attends at the Interior Ministry to register his candidacy for the elections, in Tehran, Iran. (AP Photo)
by Anadolu Agency Apr 23, 2017 12:00 am

A prominent Iranian Sunni religious scholar on Saturday called for a change in the country's constitutional article that bars Sunnis from being elected president.

"Constitutional articles are not divine orders. They are created by God's servants," said Abdulhamid Ismailzehi on his own website.

"The law preventing Sunni candidates in the presidential elections should be changed."

A first round of the elections is slated for May 19. If no candidate gets more than 50 percent of the vote, a runoff election will be held between the top two candidates.

Ismailzehi urged unity between Shias and Sunnis, saying both "should be able to be president."

According to Iran's official electoral commission, more than 1,600 people applied for candidacy in the looming poll.

Iran's 2017 presidential polls will coincide with municipal and local council elections, as well as partial elections for Iran's Shura Council (parliament) in some cities.