Trump says will solve Israeli-Palestinian conflict in conference with Abbas 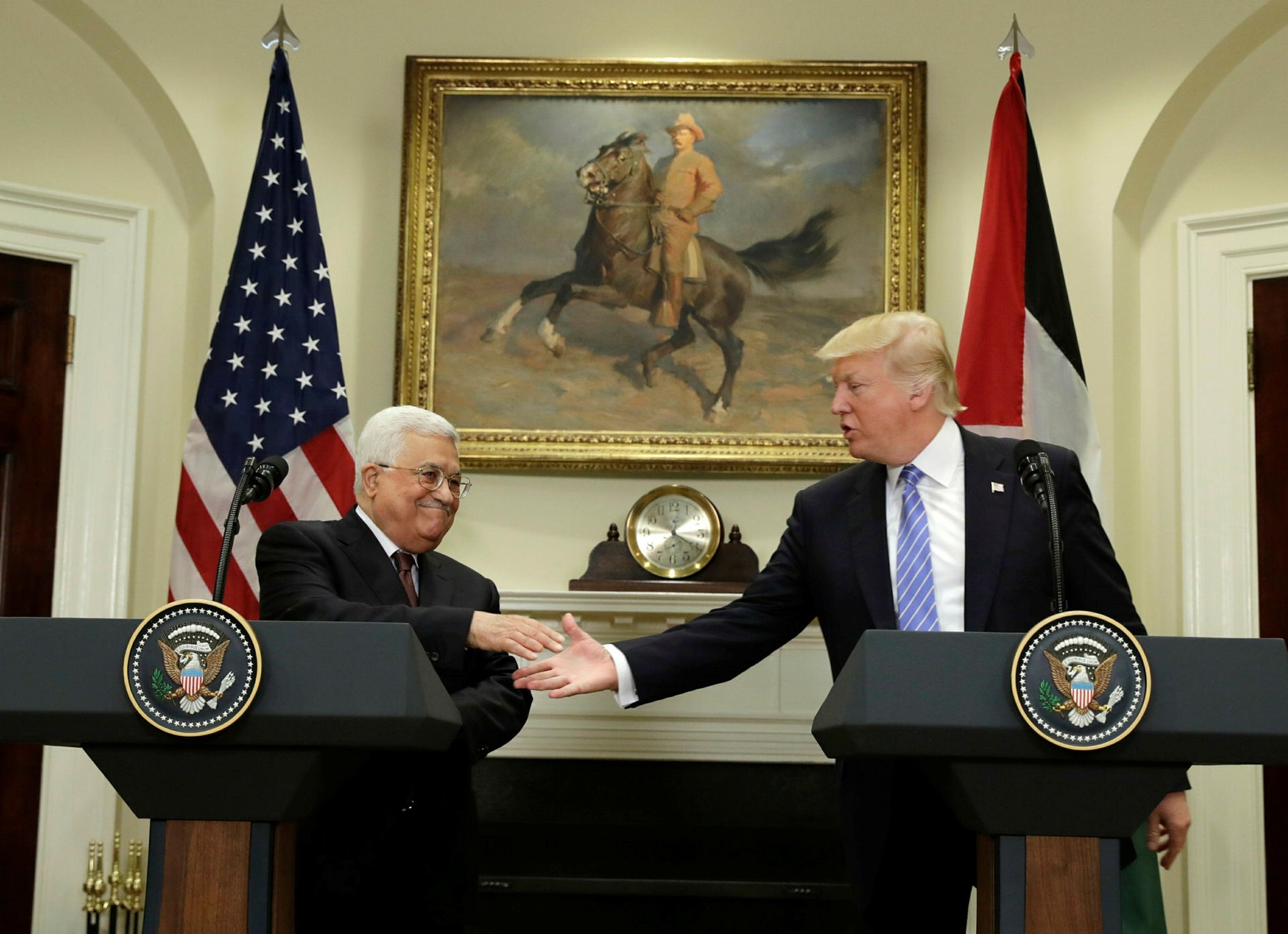 President Donald Trump shakes hands with his Palestinian counterpart Mahmoud Abbas during their news conference in the Roosevelt Room of the White House, Wednesday, May 3, 2017, in Washington. (AP Photo)
by Daily Sabah with AP May 03, 2017 12:00 am

In a press conference with his Palestinian counterpart Mahmoud Abbas, U.S. President Donald Trump said that the Israeli-Palestinian conflict will be solved. The conference marked the first direct meeting between the presidents.

Trump added that he will "do whatever is necessary" to reach a Mideast peace agreement and he believes "there's a very, very good chance" of bringing Israel and the Palestinians together. "Hopefully something terrific can come out between the Palestinians and Israel. We've been working on that one a long time," he said, adding "Maybe we can end that journey and start a much better journey."

The Presidents met in the Oval Office. Trump also said that he'd "love to be a mediator, an arbitrator or a facilitator" between the two sides.

He added that "we want to create peace" and that he believed "we will get it done." But he also said that a deal "cannot be imposed by the United States or any other nation."

Abbas spoke through an interpreter and said, "We are coming into a new opportunity a new horizon that would enable us to bring about peace."