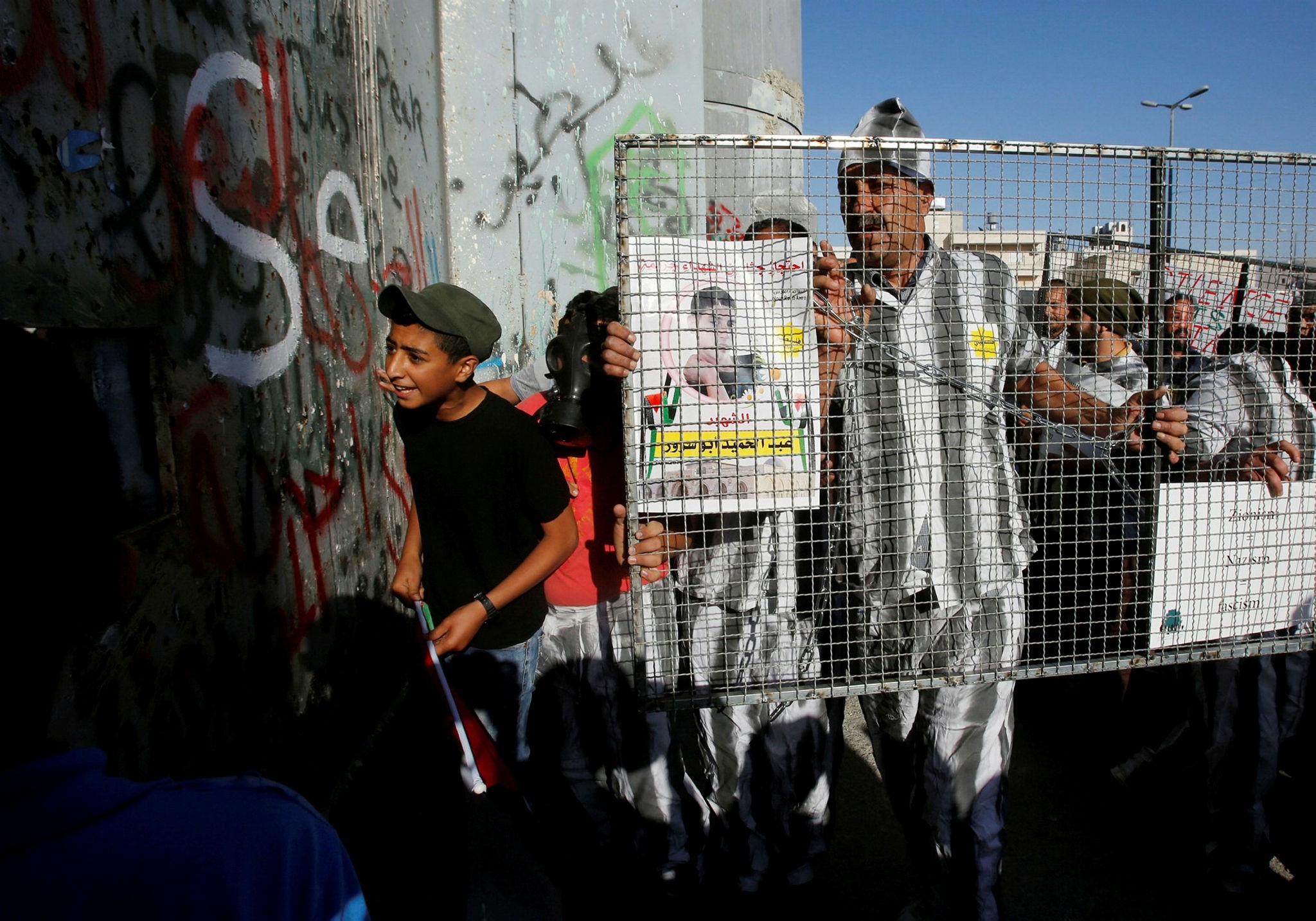 Palestinians take part in a protest in support of Palestinian prisoners on hunger strike in Israeli jails, in the West Bank city of Bethlehem May 4, 2017. (Reuters Photo)
by Anadolu Agency May 04, 2017 12:00 am

Saadat's daughter, Somoud, told Anadolu Agency that, "despite my father's advanced age and poor health, he decided to join the 'battle of the empty stomachs' against Israel."

"The Israeli authorities are doing everything they can to break the will of the prisoners," she said. "Nevertheless, all the Palestinian factions have decided to carry through with the hunger strike until the end."

She went on to say that her father had rejected an Israeli offer to negotiate prisoners' demands in return for not joining the hunger strike.

Issa Qaraqe, head of the Palestine Liberation Organization's committee on detainees, told Anadolu Agency that the decision by Palestinian faction leaders to join the hunger strike constituted a step towards Palestinian national unity.

"This is a message to the Israeli authorities that the strikers have more surprises up their sleeve," he said.

Qaraqe went on to say that "dozens" more prisoners were expected to join the strike in the days ahead.

"Despite the repressive measures taken by the Israeli authorities against prisoners, the decision was taken not to retreat until all demands have been met," he said.

"Israel's prisons will see continued escalations in the upcoming period," he added.

According to Palestinian figures, Israel is currently holding more than 6,500 Palestinians -- including 57 women and 300 children -- at 24 detention centers throughout the country.