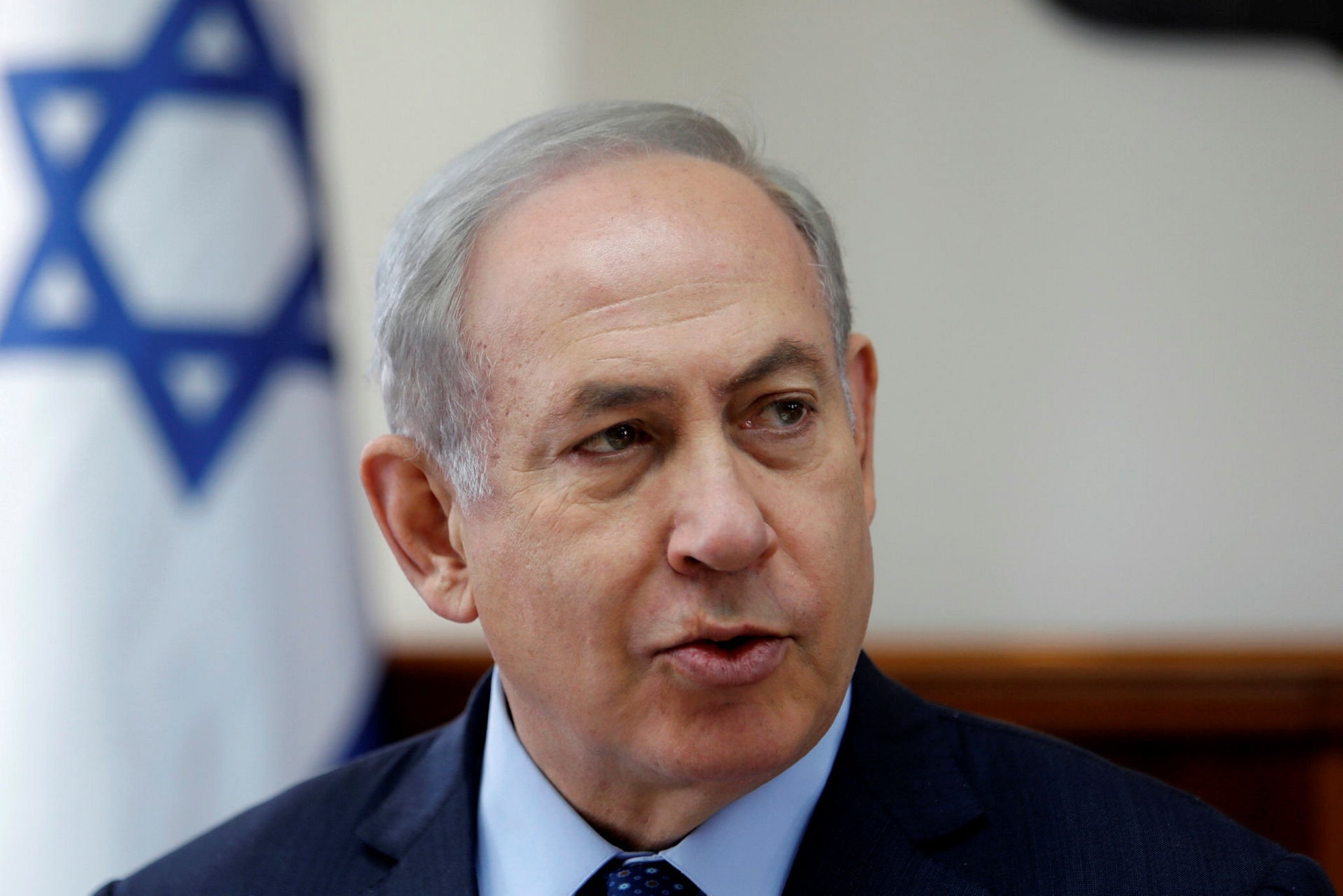 Israeli Prime Minister Benjamin Netanyahu chairs the weekly cabinet meeting in Jerusalem on Wednesday, May 3, 2017. (AP Photo)
by Daily Sabah with AA May 04, 2017 12:00 am

The Israeli army is coordinating its military activities in Syria with Russia, Israeli Prime Minister Benjamin Netanyahu said Wednesday in an interview with a Russian-language Israeli news channel.

"This coordination is aimed at averting clashes between our two militaries," he said.

Netanyahu went on to note that he had discussed the conflict in Syria with Russian President Vladimir Putin in March when the two officials met in Moscow.

"I told Putin that we were working in Syria to block the transfer of weapons from Iran to Hezbollah via Syria," he said.

"I will continue instructing the Israeli army to work towards thwarting such activities," he asserted.

The prime minister added: "I told Putin there were two options there [in Syria]: to coordinate between the Russian and Israeli militaries or to clash."

"I told him I preferred the first option," Netanyahu said.

Israeli officials have repeatedly said they do not want to see war-torn Syria become a forward base for Iran.

Since the outbreak of the Syria conflict in early 2011, Israel has occasionally struck targets inside Syrian territory.

Lebanon's Hezbollah, meanwhile, has been fighting alongside the Syrian regime forces since 2012.