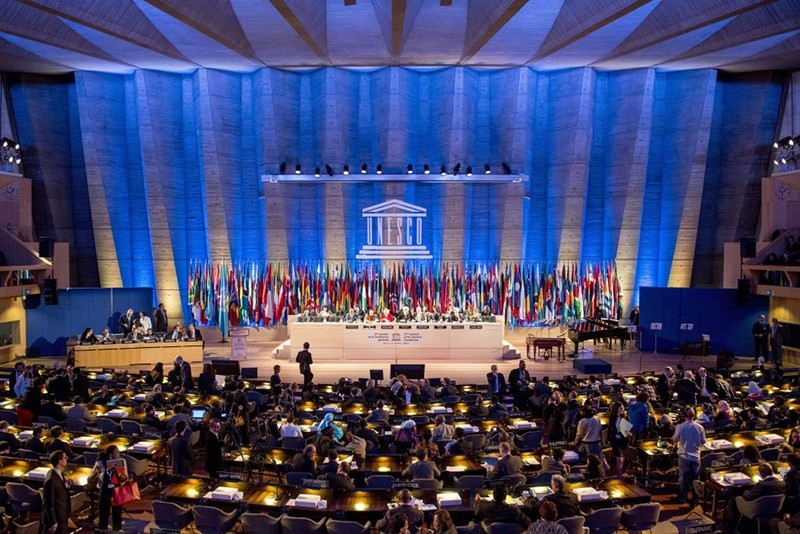 An Egyptian daily has published baseless claims that Turkey had abstained from voting earlier this week on a UNESCO resolution describing Jerusalem as "occupied" by Israel.

Egypt's pro-regime Al-Youm al-Sabea newspaper reported Wednesday that Turkey had "sold out" Palestine by abstaining from the vote in order to maintain trade ties with Israel.

A Turkish diplomatic source, however, brushed aside the report, saying Turkey did not have the right to take part in the vote since it had not been a member of UNESCO's executive board -- the body that adopted the resolution -- since 2005.

The source, speaking anonymously due to restrictions on talking to media, told Anadolu Agency on Friday that Turkey, as a UNESCO member, had consistently supported the Palestinian cause at UNESCO forums, along with Palestinian efforts to obtain membership in the UN's education and culture body.

On Tuesday, UNESCO's executive board adopted the resolution -- which states that Jerusalem's Old City is "entirely Palestinian" and stresses the city's historical "Muslim and Christian" heritage -- with 22 states voting in favor, 10 voting against and 23 abstaining.

The resolution also describes Israel as an "occupying power" that has no sovereignty over the city.

Turkey, which is not a member of UNESCO'S executive board, did not take part in Tuesday's vote.

Israel occupied East Jerusalem during the 1967 Middle East War. It unilaterally annexed the entire city in 1980, claiming it as its "eternal and undivided" capital in a move never recognized by the international community.