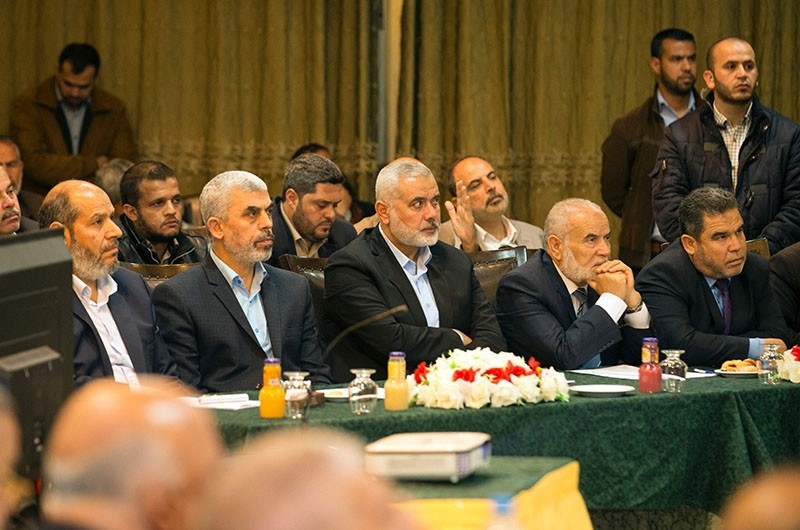 ahya Sinwar (C-L), the new leader of the Hamas movement in the Gaza Strip and senior political leader Ismail Haniyeh (C) attend a gathering to watch the speech of Exiled Hamas Chief, in Gaza City (AFP Photo)
by Compiled from Wire Services May 06, 2017 12:00 am
Ismail Haniyeh has been elected as the new head of Hamas, the group's news agency said Saturday.

Haniya is expected to remain in the Gaza Strip, the Palestinian enclave run by Hamas since 2007, unlike Meshaal who lives in exile in Doha and has completed the maximum two terms in office.

The polls were held in the Gaza Strip and Qatar's capital Doha simultaneously via video conference, a source said on condition of anonymity because he was unauthorized to speak to media.

Haniyeh and other Hamas leaders were scheduled to leave for Qatar to participate in the vote, but the closure of the Rafah crossing between Gaza and Egypt prevented them from travelling.

Meshaal was elected Hamas leader in 1996.