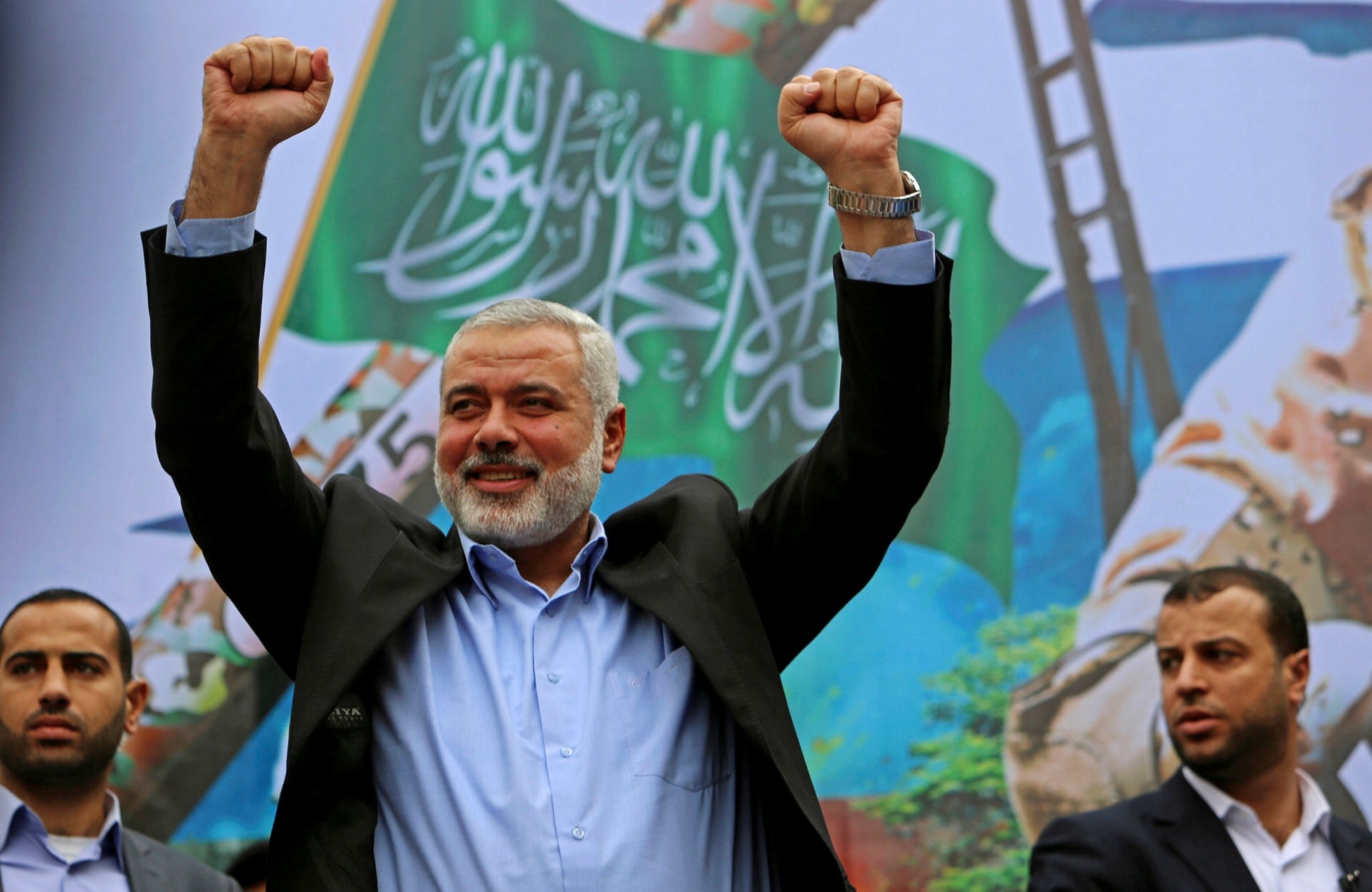 In this Friday, Dec. 12, 2014 file photo, Hamas leader Ismail Haniyeh greets supporters during a rally to commemorate the 27th anniversary of Hamas in Jebaliya in the northern Gaza Strip. (AP Photo)
by Anadolu Agency May 08, 2017 12:00 am

The issue of Palestinian prisoners held by Israel will remain a top priority for Hamas, Ismail Haniyeh, the group's newly-elected leader, said Monday.

Haniyeh made the assertion in his first press statement since his election as head of Hamas's political bureau, which he delivered while taking part in activities to show solidarity with jailed Palestinian hunger strikers.

"The prisoners' cause is -- and will remain -- a top priority for Hamas and all Palestinian leaders," Haniyeh said.

"We say to the prisoners: your liberation is a national obligation; your dignity is the dignity of the entire Palestinian people," he asserted.

"We refuse to accept your ongoing humiliation and imprisonment," he added. "We will continue to work towards securing the release of our people."

A former prime minister in the Gaza Strip's Hamas-run government, Haniyeh was chosen as group leader in an internal election held Saturday.

Haniyeh replaces Khaled Meshaal, who served as Hamas leader since 1996.

The hunger strike is being led by longtime Palestinian prisoner and resistance icon Marwan Barghouti, who has languished in an Israeli jail for more than a decade.

According to Palestinian figures, Israel is currently holding more than 6,500 Palestinians -- including 57 women and 300 children -- in 24 detention centers across the country.