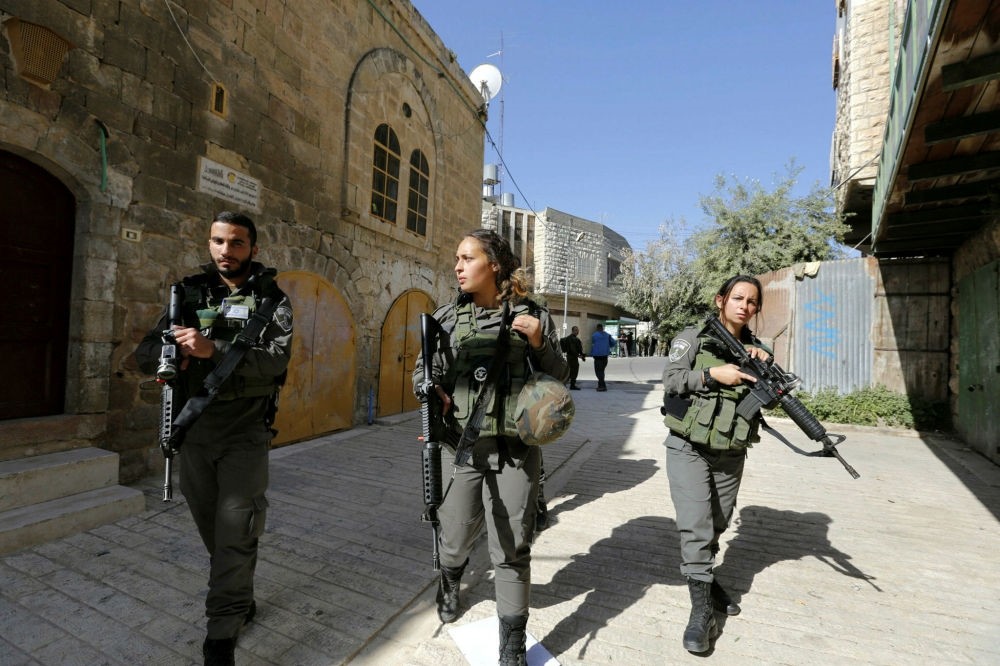 The death toll of Palestinian children killed by Israeli security forces has reached seven, a children's rights NGO states, revealing grave violations and excessive use of force against Palestinians by Israel

Israeli security forces continues to use excessive force against Palestinians, as the death of Palestinian children killed by Israel was hit to 7 in only five months. The latest killing occurred last Sunday as Israeli paramilitary police officers shot and killed a knife-wielding Palestinian teenage girl who tried to attack them at an entrance to Jerusalem's Old City.

The incident was the latest in a 19-month-long period of sporadic street attacks by Palestinians against Israelis, and the bustling Damascus Gate entrance to Jerusalem's walled Old City where it occurred has seen many attacks.

Police spokeswoman Luba Samri said a knife was recovered from the scene together with a farewell letter from the teenager to her family quoting a verse from the Koran that signed off with the word "shahida" - Arabic for martyr.

The Palestinian health ministry said the dead girl was 16-year-old Fatima Hjeiji from a town near Ramallah in the occupied West Bank.

"In 2016, Israeli forces and security guards killed 32 Palestinian children in the occupied West Bank, including East Jerusalem, making it the deadliest year of the past decade for West Bank children," DCIP said in a statement on April 6.

At least 243 Palestinians have died during a wave of sporadic violence in Israel, Jerusalem and the West Bank that began in October 2015. Israel has accused the Palestinian leadership of inciting the violence. The Palestinian Authority, which exercises limited self-rule in the West Bank, denies incitement and charges that in many cases, Israel has used excessive force in thwarting attackers armed with rudimentary weapons.

Israel occupied East Jerusalem during the 1967 Middle East War. It unilaterally annexed the entire city in 1980, claiming it as its "eternal and undivided" capital in a move never recognized by the international community. In 1967 Israel captured Gaza, the West Bank and East Jerusalem from a coalition of Arab states in the war known as the Six-Day War.

The Palestinians want these areas along with the Gaza Strip for the establishment of a future Palestinian state. International law views the West Bank and east Jerusalem as "occupied territories" and considers all Jewish settlement-building activity on the land as illegal.

With the signing of Oslo Accords and Israel withdrew from parts of the West Bank and handed control in some pockets to the newly-created State of Palestine (Palestinian National Authority). However, Israel maintains strict military control over the movement between Palestinian pockets of control and to their east to Jordan, in addition to continuing construction of new settlements in Palestinian lands. Israel also withdrew from Gaza in 2005, but it is de-facto under Israeli blockade.
Last Update: May 10, 2017 1:32 am
RELATED TOPICS