At least 115 people die after cholera outbreak in Yemen 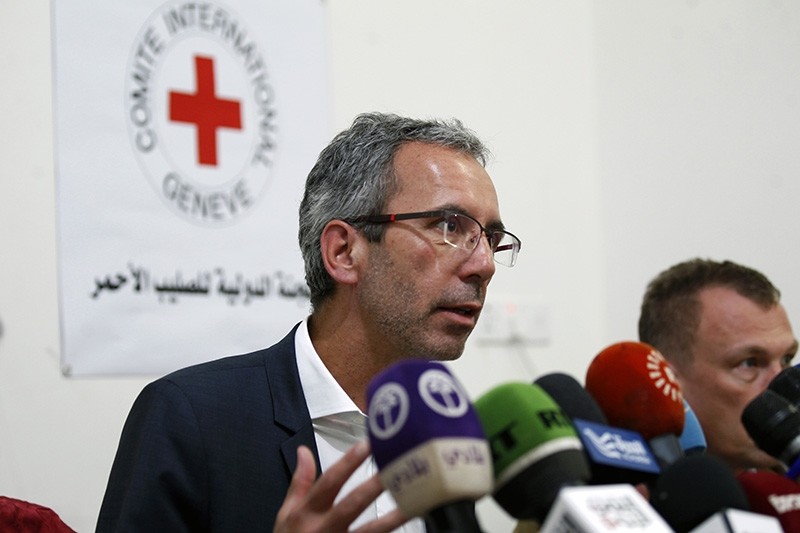 Dominik Stillhart, ICRC Director of Operations, speaks at a press conference in the Yemeni capital Sanaa on May 14, 2017. (AFP Photo)
by Compiled from Wire Services May 14, 2017 12:00 am

A cholera outbreak in war-torn Yemen has killed 115 people and left 8,500 ill as hospitals struggle to cope with an influx of patients, the International Committee of the Red Cross said Sunday.

"We now are facing a serious outbreak of cholera," said ICRC director of operations Dominik Stillhart at a news conference in the capital Sanaa.

Citing figures compiled by the Yemeni health ministry, Stillhart said 115 people had died of cholera between April 27 and Saturday.

"Four people were transported to hospital due to their deteriorating health conditions," said Berman, a member of a government panel investigating human rights abuses.

He cited the degrading of sanitation and health systems for the outbreak of the disease.

Last week, the World Health Organization (WHO) said a cholera outbreak has killed 51 people in Yemen since April.

It said that there were 2,752 suspected cholera cases and 58 more people have been confirmed as having the diarrheal disease.

On Saturday, UNICEF said 97 people have died of cholera and diarrhea outbreaks in war-torn Yemen.

Yemen has fallen into civil war in 2014 after Houthi rebels overran Sanaa and other provinces.

In 2015, Saudi Arabia and its Arab allies launched a massive air campaign aimed at reversing Houthi gains and shoring up Yemen's pro-Saudi government.

According to UN, 11.3 percent of Yemen's population has been forcibly displaced by the conflict.