Controversy over Trump's Israel policy continues ahead of visit 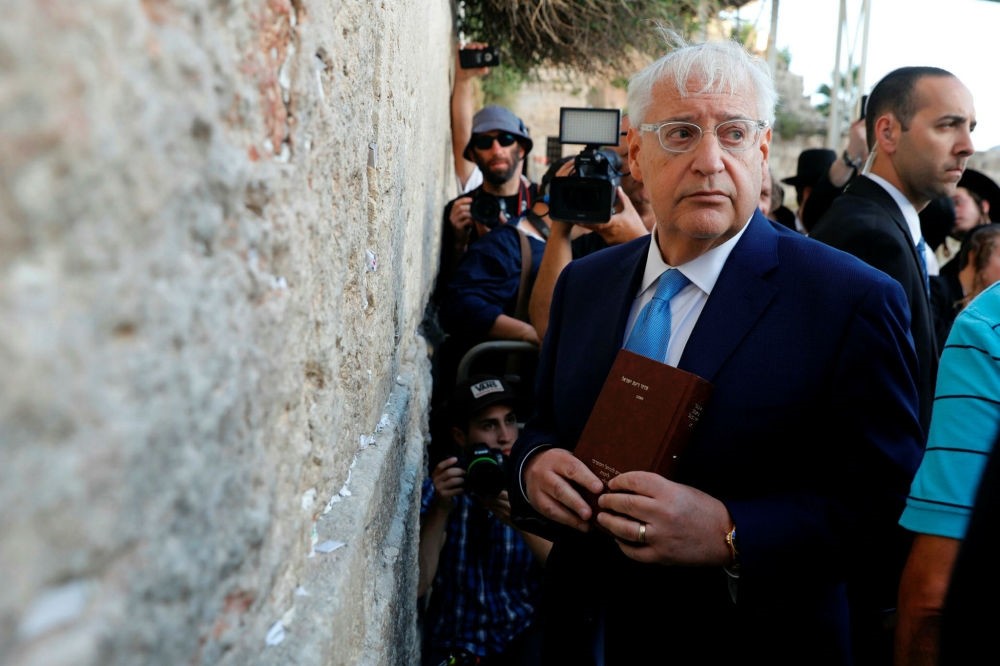 New U.S. ambassador to Israel David Friedman visits the Western Wall in the old city of Jerusalem on May 15.
by Compiled from Wire Services May 17, 2017 12:00 am

The Israeli prime minister's office said it is seeking clarifications from President Donald Trump after an American official said the Western Wall is part of the West Bank. The spat reportedly erupted during preparations for Trump's visit to the region next week.

The White House distanced itself from the alleged comments, saying in statements to U.S. media that they did not reflect the views of the administration.

Israel's Channel 2 TV says the Americans rebuffed a request from Prime Minister Benjamin Netanyahu to join Trump and told him the site is part of the West Bank and not Israeli territory. An official in Netanyahu's office expressed "astonishment" over the comment.

Both highly sensitive issues made headlines in Israel on Tuesday as preparations intensified for Trump's visit to the country and the Palestinian territories on May 22 and 23. Trump's controversial new ambassador, David Friedman also presented his credentials to the Israeli president at a ceremony in Jerusalem. Jewish-American Friedman, a strong supporter of Israeli settlement building in the West Bank, entered the residence with a marching band playing.

Speaking after the ceremony, Friedman did not directly respond to the dispute over the Western Wall but pledged to "support the state of Israel in every way".

Israel's right-wing had placed high hopes in Trump's presidency following his pledges of ardent support for Israel and a commitment to move the embassy from Tel Aviv to the disputed city of Jerusalem.

Israeli Prime Minister Benjamin Netanyahu challenged U.S. concerns over moving the American embassy to Jerusalem, in what Haaretz newspaper called his "first public dispute" with the Trump administration. U.S. Secretary of State Rex Tillerson told NBC's "Meet the Press" on Sunday that Trump was still seeking to assess whether relocating the embassy would help or harm chances for Israeli-that it could spark fresh unrest.

Israel regards Jerusalem as its eternal and indivisible capital and wants all foreign countries to base their embassies there. The relocation is strongly opposed by many U.S. allies as the Palestinians also claim the city as their capital.

The international community regards all Israeli settlements in the occupied Palestinian territories as illegal and a major obstacle to Middle East peace. The area, captured by Israel in 1967, is not sovereign Israeli territory and Palestinians there are not Israeli citizens and do not have the right to vote.
RELATED TOPICS