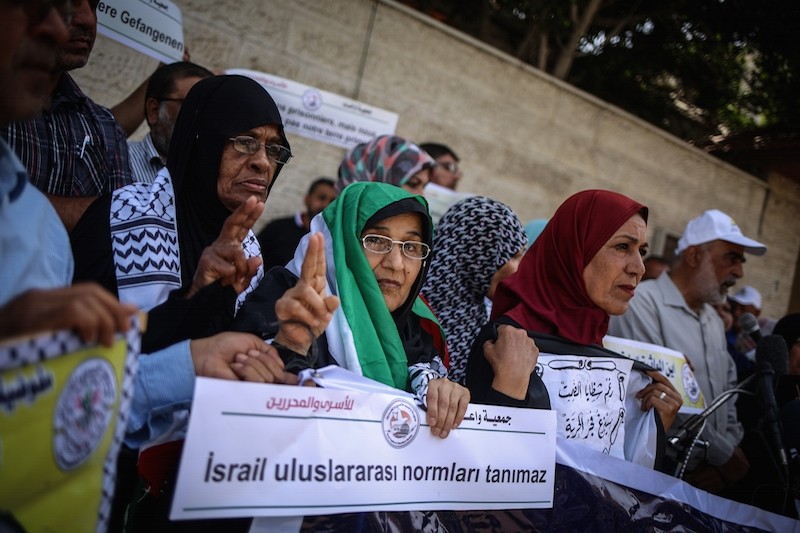 The Permanent Representatives Committee of the Organization of Islamic Cooperation (OIC) assembled in Jeddah to discuss the situation surrounding Israel-held Palestinian prisoners, who have been on a hunger strike for over a month.

Following the meeting, the OIC reaffirmed in a statement its position regarding the Palestinian case accepted at the 2012 foreign ministers meeting in Djibouti.

"The OIC expresses its profound concern over the plight of more than one thousand Palestinian detainees and prisoners, led by imprisoned Palestinian leader and parliamentarian Marwan Barghouthi, who have begun an open-ended hunger strike on 17 April 2017," the statement said.

The organization also reiterated its concern over, "more than 6,500 Palestinian civilians, including 300 children and 65 women, currently imprisoned by Israel, among them nearly 500 held in administrative detention without charge."

The statement continued, "These prisoners are being held under harsh, inhumane conditions and being subjected to physical and mental ill-treatment, including torture, severe interrogations, intimidation and solitary confinement, and denied access to proper medical care and family visits."

The OIC called for proper international access to Palestinian detainees and prisoners as well as the inspection of their conditions, stressing that Israel as the occupying power must be held fully accountable for their well being.

"The OIC reaffirms its continued support for the cause of Palestinian detainees and prisoners," the statement concluded.