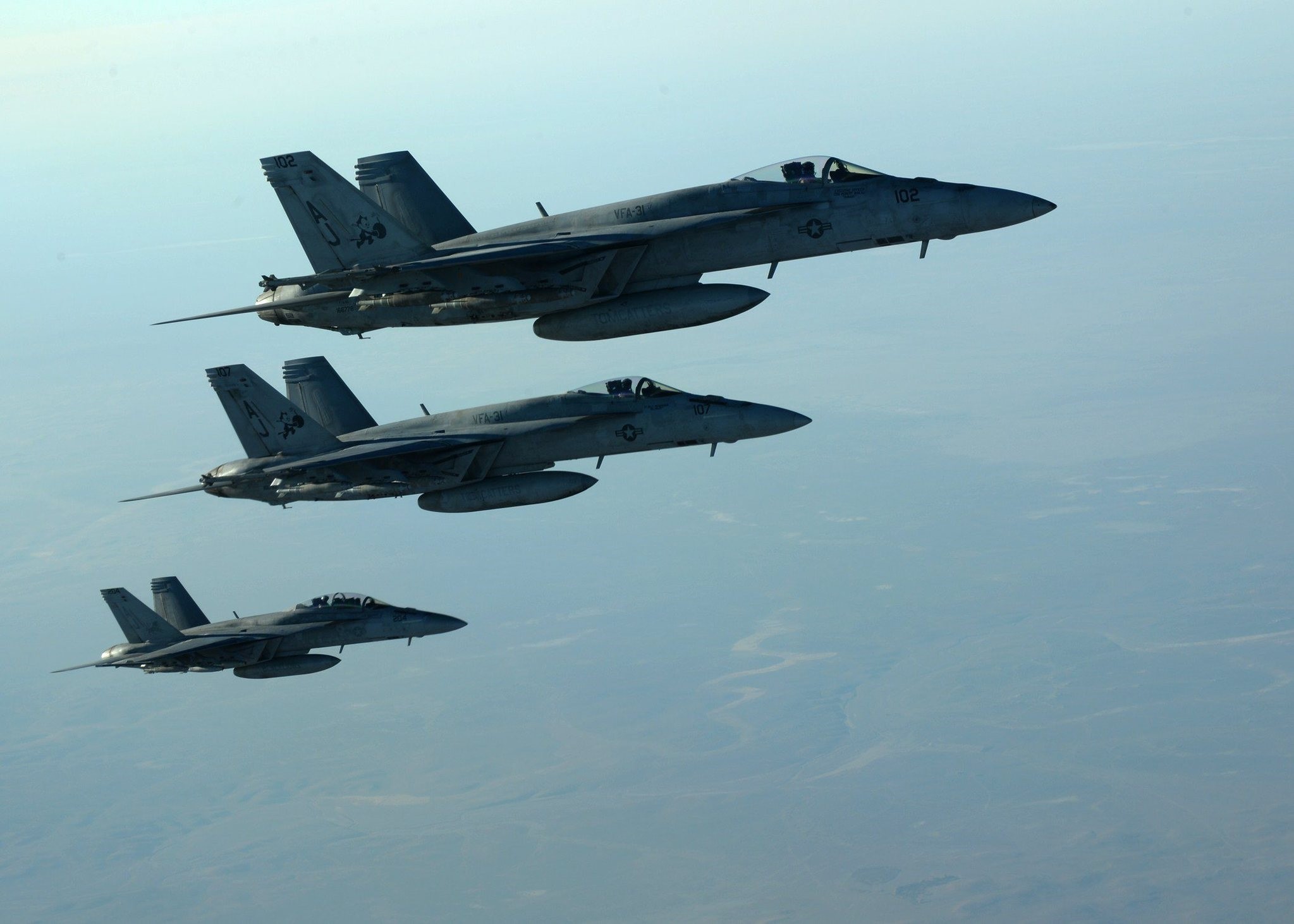 An Assad regime official said Friday that an aerial "aggression" by the U.S.-led coalition on a regime position near the border with Jordan the day before killed several forces and caused material damage.

The strike was the first such close confrontation between U.S. forces and fighters backing Bashar Assad and the development is likely to increase tensions in the war-torn country.

The unnamed official's comments were carried by regime's state TV a day after the strike.

The U.S.-led coalition said Thursday that a U.S. airstrike hit pro-Assad forces it said posed a threat to American troops and allied oppositions operating near the border with Jordan.

This "flagrant aggression launched by the International coalition exposes the falsity of its allegation about fighting terrorism and undoubtedly demonstrates the reality of the Zionist-American project in the region," the regime official said.

In Geneva meanwhile, Bashar al-Ja'afari, the head of the regime delegation to the peace talks underway in the Swiss city, told reports there that he discussed the airstrike during a meeting Friday with the U.N. Special Envoy to Syria Staffan de Mistura, describing the attack as "state terrorism."

"In every meeting we remind the attendees that there is terrorism by terrorists and also terrorism by states committed against our country," al-Ja'afari said.

He was referring not only to Thursday's strike but also to others carried out by the U.S.-led coalition in recent months that have claimed the lives of civilians in areas held by the Daesh.

Russia, a main backer of Assad, also denounced the airstrike.

"Whatever the reason for the U.S. strike was, it was illegitimate and marked another flagrant violation of Syria's sovereignty," Russian Foreign Minister Sergey Lavrov said on a trip to Cyprus.

"We are deeply worried about the erosion of the emerging understanding of the need to combine efforts of all those who confront terrorists" such as the Daesh and al-Qaida's branch in Syria, Lavrov said.

But Syria's opposition delegation to Geneva lauded the airstrike, saying it helps curb Iran's influence in his country. He railed against Iran, for its support of the Assad regime.

"Any real effort to combat terrorism and to limit the Iranian influence ... is in the interest of the Syrian people and the people of the region and international peace and security," said Nasr Hariri, who represents the opposition at the Geneva talks.

De Mistura's separate meetings with Syrian opposition and regime representatives have yielded little outcome after four days of talks. Hariri said the regime is not serious about discussing the political process of transition.

De Mistura, who described the Syrian conflict as one of the most "intractable" in recent times, said the next round of talks would likely be held in June.

The Syrian regime, which has launched an offensive in the country's south backed by its allies — militias such as Iranian paramilitaries and the Lebanese Hezbollah group — has vowed to reach the border area with Iraq.

That's likely to be opposed by the United States and its allies who back opposition fighters fighting Daesh in the same area. A road between Iraq and Syria would facilitate the flow of assistance from Iran, which is a strong backer of Assad.

The coalition said "apparent" Russian attempts to stop pro-Assad forces from moving toward Tanf, as well as warning shots and a show of force, had failed.

American officials and Syrian activists said the strike took place in the desert near the border with Jordan, although it was unclear if it struck the regime army or just militias allied with Assad.

The regime official said on Friday that the area attacked was a military position along the Tanf highway in the desert, close to where the borders of Jordan, Syria and Iraq meet. The area has been considered a de-conflicted zone under an agreement between the U.S. and Russia earlier this month.

Asked if the airstrike increases the U.S. role in the Syrian war, U.S. Defense Secretary Jim Mattis said America will defend its troops in case of "aggressive" steps against them.

The regime official said attempts to justify the attack by claiming the toops did not respond to a warning not to advance are "categorically rejected." The official did not give a number for how many soldiers were killed and insisted that no other power has the right to decide in which areas the army can carry out operations.

The Syrian Observatory for Human Rights, a monitoring group with activists on the ground, said the strike destroyed vehicles and killed eight militiamen.

The regime-controlled Syrian Central Military Media said there is an agreement between Syria, Russia and Iran about pushing ahead in the fight against Daesh in the desert toward the Iraqi border. It added that "the Americans have no right to specify in which direction the Syrian army moves since it owns the land and has the right to spread the country's sovereignty on all the land."

The military media outlet added that the Americans had asked the Russia to pressure the regime to stay 15 kilometers (9 miles) away from their "illegitimate bases in Tanf."

In an email to The Associated Press, the U.S.-led coalition's press office said that Syrian pro-Assad "forces must now withdraw outside of the established de-confliction zone to avert further Coalition action and remove the threat to our forces."

The statement added that the U.S.-led coalition forces will continue to defend themselves against Daesh or any other threat to the coalition or its allies in the area.