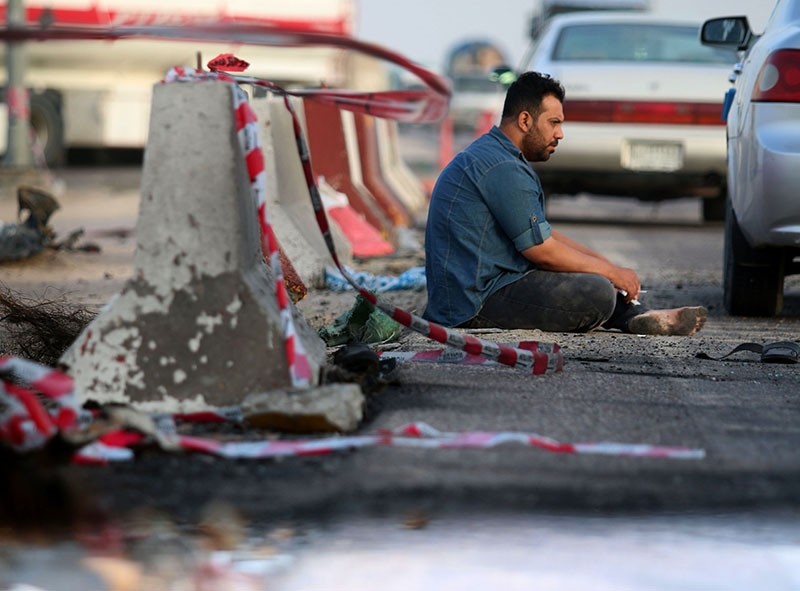 The bombings, which hit Iraq the previous night, came as Iraqi forces battle Daesh in Mosul in a massive operation launched more than seven months ago to retake the country's second city from the terrorists.

Security forces were able to kill one of the attackers, but the second blew up his car bomb, Maan said.

Daesh issued a statement claiming the attack but gave a different account of how it unfolded, saying that one terrorist clashed with security forces using a light weapon before detonating an explosive belt, after which a second blew up a car bomb.

And in south Iraq, a suicide bomber blew up an explosives-rigged vehicle at a checkpoint on the outskirts of the city of Basra, killing 11 people and wounding 30, according to Riyadh Abdulamir, the head of Basra province health department.

Another militant who left a second explosives-rigged vehicle was killed by security forces, the Basra Operations Command said.

Daesh also claimed the Basra attack, but said that both bombs were successfully detonated.

The terrorist group overran large areas north and west of Baghdad in 2014, but Iraqi forces backed by US-led air strikes have since recaptured much of the territory they lost to the terrorists.

Security in Baghdad improved following the 2014 Daesh assault, presumably because the terrorists were occupied with fighting and control of territory elsewhere in the country.

After recapturing the cities of Tikrit, Ramadi and Fallujah, Iraqi forces launched an operation to retake Mosul -- at the time the largest population centre still in Daesh hands -- last October.

They have recaptured the city's east and are now fighting to retake a dwindling number of areas still under Daesh control in west Mosul.

Half a million people are currently displaced as a result of the battle for Mosul, and around 250,000 civilians are estimated to still be trapped inside the city's west.

The presence of the civilians, who either chose not to leave or were prevented from doing so by Daesh, complicates any final assault to seal victory in Mosul.

Human shields have become a central feature of the vastly outnumbered terrorists' defences, and Daesh has stopped at nothing to deter people from escaping the city, including killing people who seek to flee.

And the recapture of the city will not mark the end of the Daesh threat: the terrorists also control territory along the Syrian border and in Kirkuk province, as well as areas in Syria itself.

Experts warn that the terrorists may increasingly turn to bombings targeting civilians and hit-and-run attacks on security forces as they lose additional ground.