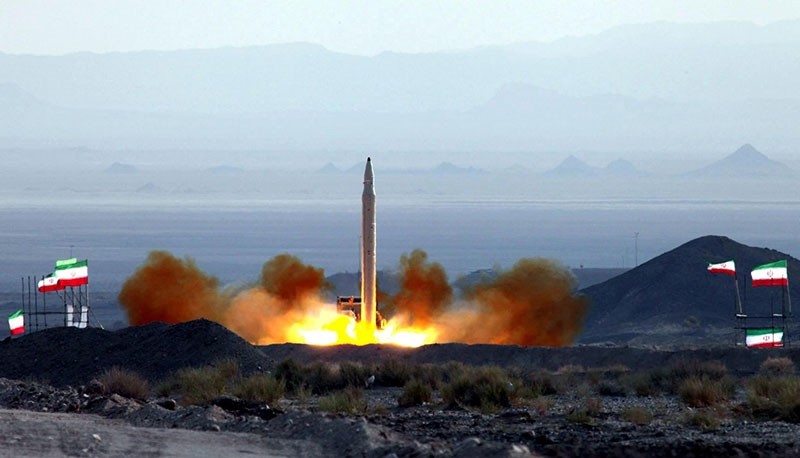 Iran has built a third underground ballistic missile production factory and will keep developing its missile program, the semi-official Fars news agency quoted a senior commander of the elite Revolutionary Guard as saying.

The development is likely to fuel tensions with the United States in a week when President Donald Trump, on his first foreign trip, has called Iran a sponsor of militant groups and a threat to countries across the Middle East.

"Iran's third underground factory has been built by the Guards in recent years ... We will continue to further develop our missile capabilities forcefully," Fars quoted Amirali Hajizadeh, head of the Guard's airspace division, as saying.

Since taking office in January, Trump has imposed new sanctions on Iran in response to its recent missile launches, putting Tehran "on notice".

Iran's Sunni Muslim Gulf neighbors and its arch-enemy Israel have expressed concerns over Tehran's ballistic missile program, seeing it as a threat to regional security.

In 2015, Iranian state TV aired footage of underground tunnels with ready-to-fire missiles on the back of trucks, saying the facility was one of hundreds of underground missile bases around the country.

"It is natural that our enemies America and the Zionist regime (Israel) are angry with our missile program because they want Iran to be in a weak position," Hajizadeh said.

Most nuclear-related sanctions on Iran were lifted last year after Tehran fulfilled commitments under a 2015 deal with major powers to scale back its nuclear program - an agreement that Trump has frequently criticized as being too soft on Tehran. But Iran remains subject to a U.N. arms embargo and other restrictions.

Two months after implementation of the deal, the Guards test-fired two ballistic missiles that it said were designed to be able to hit Israel.

Iran says its missile program is not in defiance with a U.N. resolution that calls on it to refrain from work on ballistic missiles designed to deliver nuclear weapons for up to eight years.

"Along with improving our defense capabilities, we will continue our missile tests and missile production. The next missile to be produced is a surface-to-surface missile," said Hajizadeh, without elaborating.

In retaliation for the new U.S. sanctions over its ballistic missile program, Iran this month added nine American individuals and companies to its own list of 15 U.S. companies for alleged human rights violations and cooperation with Israel.