Gunmen kill 8 security guards working at US base in Afghanistan 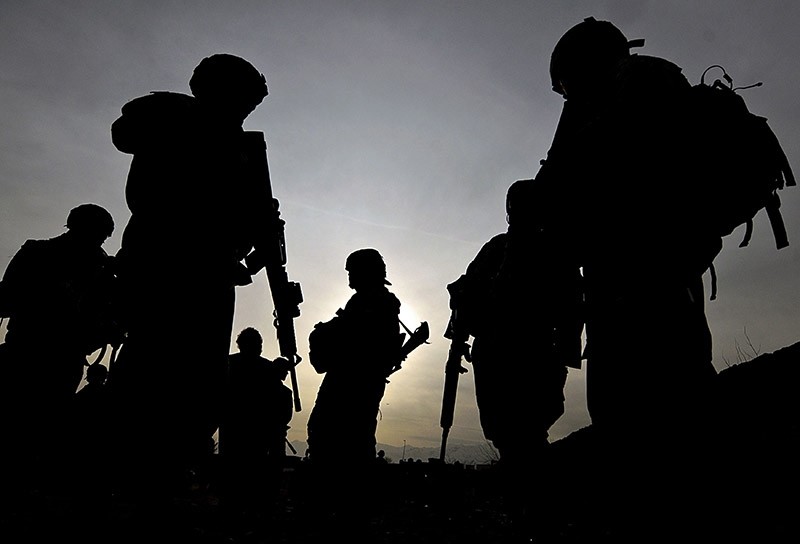 This photo taken on February 28, 2009 shows US soldiers with the NATO-led International Security Assistance Force (ISAF) silhouetted as they walk during a patrol outside Bagram Airbase, some 50 km north of Kabul. (AFP Photo)
by Compiled from Wire Services Jun 20, 2017 12:00 am

Eight Afghan security guards from Bagram Airbase were killed when their vehicle was attacked by unknown gunmen, a local official said.

The spokeswoman for the provincial governor in Parwan said Tuesday that two other guards were wounded in the attack that happened late Monday in Bagram district.

Wahida Shahkar said the guards were attacked on their way to work at Bagram airfield, the main U.S. military base in Afghanistan.

Taliban spokesman Zabihullah Mujahid claimed responsibility for the shooting in a statement sent to the media on Tuesday.. The Taliban have increased their attacks against Afghan security forces, and Daesh terror group affiliates have been trying to expand their presence by attacking in different parts of the country.

Shahkar said the shooting is being investigated further.

Bagram Airbase in central Parwan province, is the largest US military base in Afghanistan and is a regular target of attacks.

In November 2016, a suicide bomb blast inside the base left two US service members and two contractors dead and 16 others wounded.