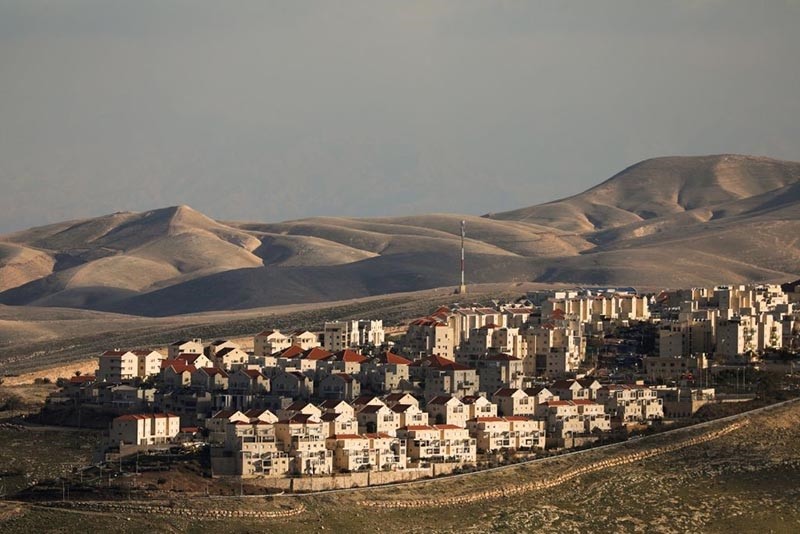 A general view picture shows houses in the Israeli settlement of Maale Adumim (Reuters File Photo)
by Compiled from Wire Services Jun 20, 2017 12:00 am

The U.N. Mideast envoy says Israel has taken no steps to comply with a Security Council call to stop all settlement activities and instead has substantially increased announcements of settlement building.

He told the Security Council that since March 24 Israel has announced plans for nearly 4,000 housing units and issued 2,000 tenders, which is an increase from the previous three-month period.

Mladenov was delivering the second report on implementation of the resolution adopted by the council in December condemning Israeli settlements as a "flagrant violation" of international law.

U.S. Ambassador Nikki Haley has branded the resolution a "terrible mistake" after the previous U.S. administration refrained from using its veto to block the measure.

The resolution was adopted with 14 votes in favor and one abstention from the United States at the 15-member council.

The envoy's report to the council came on the same day as Israeli Prime Minister Benjamin Netanyahu announced the start of work on the Amichai settlement in the northern West Bank.

Mladenov quoted Netanyahu as saying that "there will never be a government that is more pro-settlement than our government."