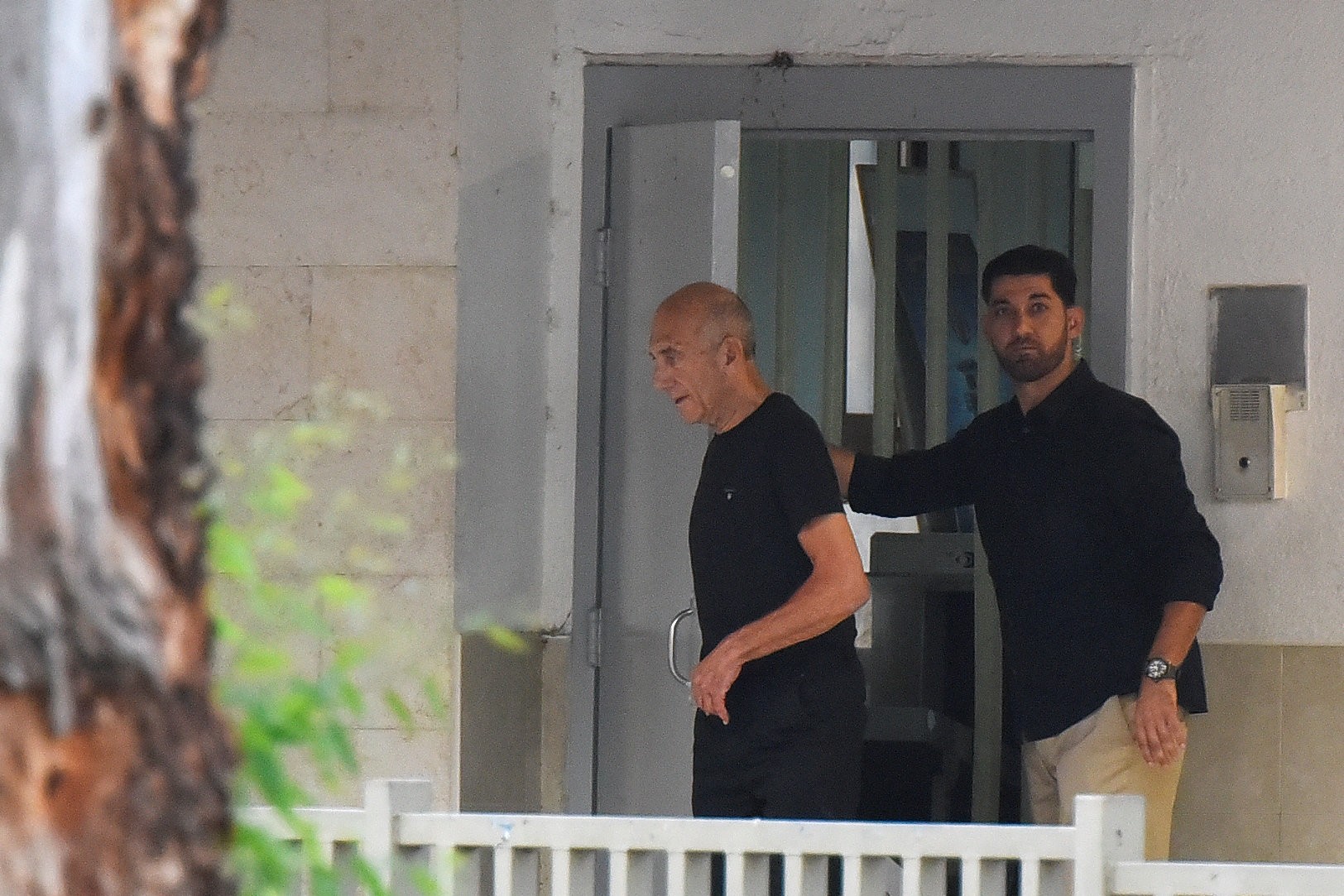 Ex-Israeli PM Olmert walks out of the prison door as he is released from prison after a parole board decided to cut his sentence by a third, at Maasiyahu prison July 2, 2017. (REUTERS Photo)
by Jul 02, 2017 12:00 am

Former Israeli Prime Minister Ehud Olmert, 71, was released on parole on Sunday from a prison in Ramle, near Tel Aviv, after serving 16 months in jail for corruption.

Olmert was found guilty in 2014 of accepting bribes from real estate developers when he was Jerusalem's mayor, before his 2006-09 term as prime minister and head of a centrist political party.

On Sunday, a parole board decided to cut short his 27-month term, a common practice in Israel for prisoners who have not committed violent crimes. Olmert, accompanied by a government bodyguard, made no comment to reporters as he left.

The corruption allegations led to Olmert's resignation as prime minister in September 2008. He stayed in office in a caretaker capacity until a February 2009 election brought right-winger Benjamin Netanyahu to power.

During his time as Israel's leader, he claimed significant progress in talks with the Palestinians on securing a peace deal, offering an Israeli withdrawal from much of the occupied West Bank. But no agreement was reached.

A lawyer by profession, Olmert began his political career in the 1970s as a right-wing lawmaker who targeted organized crime in Israel. As prime minister, Olmert waged war against militants in Lebanon in 2006 and the Gaza Strip in 2008.

His original six-year sentence - the judge in the case said his corruption offences were tantamount to "treason" - was cut to 18 months on appeal, but another month was later tagged on over obstruction of justice charges.

Olmert's term was ultimately lengthened to 27 months after he was convicted in a separate case involving cash payments from a U.S. businessman.

Leaving prison for his home in Tel Aviv dressed in a black tee shirt and black trousers, Olmert looked gaunt, 12 days after being treated in hospital for what Israeli media reported were chest pains. He was returned to prison several days before the parole hearing.

Any attempt at a political comeback seems unlikely. A court found that his crimes entailed "moral turpitude", which under Israeli law would preclude Olmert from running for public office for seven years after his release, when he will be 78.