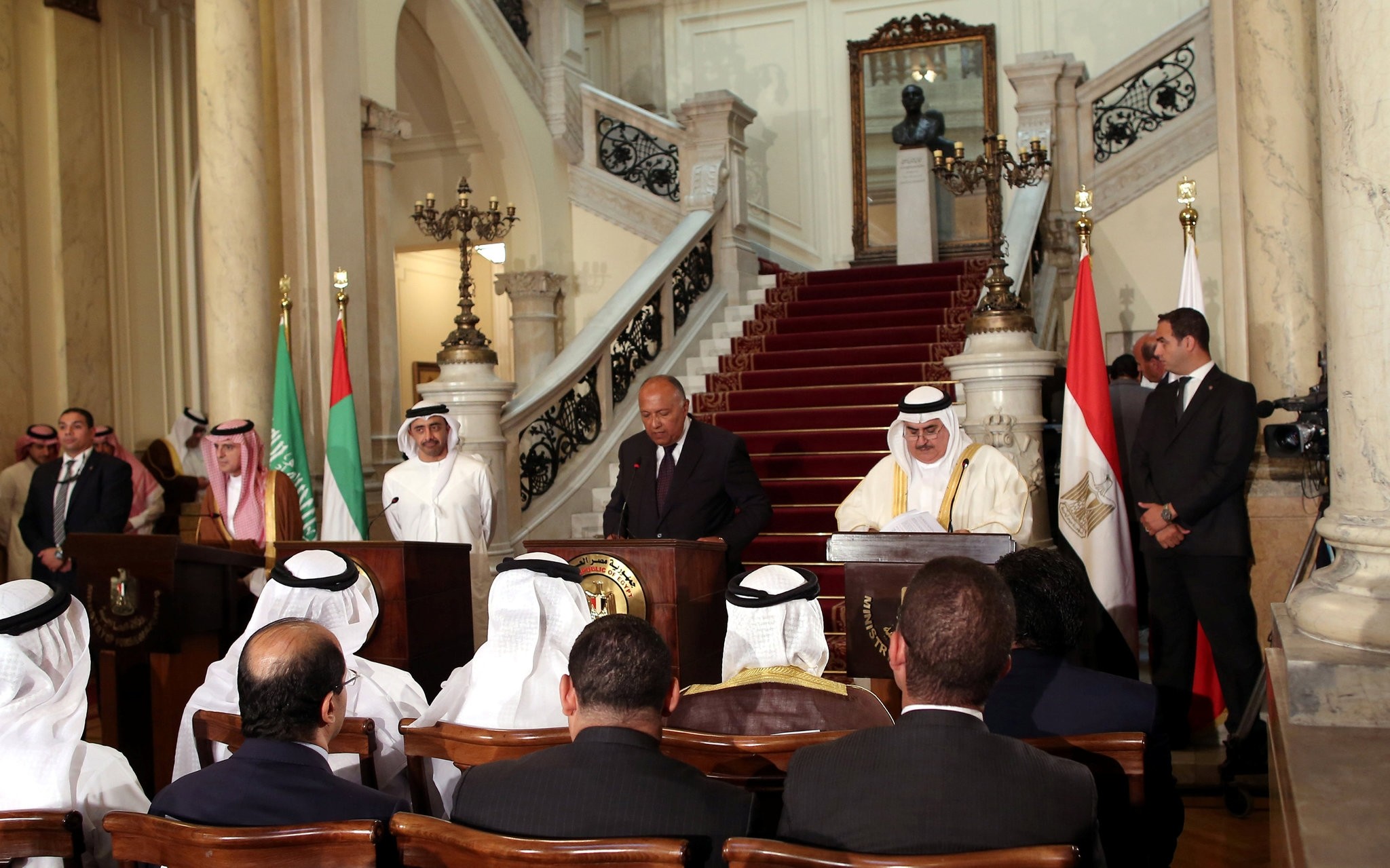 The four Arab states leading the boycott against Qatar said late on Thursday that Doha's refusal of their demands is proof of that they were right about the country and that they would enact new measures.

Saudi Arabia, the United Arab Emirates, Egypt, and Bahrain released a joint statement carried by the countries' state media saying their initial list of 13 demands was now void and that they would take political, economic and legal steps against Qatar.

The Qatari government sabotaged diplomatic efforts to solve the rift, the four states said, and its refusal affirmed its continuing sabotage of the region's stability and security.

The measures taken by the four states were aimed at the Qatari government but not its people, they said.

Doha, for its part, strenuously denies that it supports terrorist groups, describing the moves to isolate it as "unjustified" and in breach of international law.

He went on to say that the list of 13 demands issued by the countries now arrayed against Qatar -- including calls to close Doha-based broadcaster Al Jazeera -- was tantamount to a demand to "surrender our sovereignty".

Qatar, he asserted, "will do whatever it takes to protect our people".

Stressing that Doha had consistently called for resolving the crisis through dialogue, he said Qatar had always supported the international fight against terrorism -- despite assertions to the contrary now emanating from Riyadh, Abu Dhabi and Cairo.

Qatar, he said, rejects foreign interference in its internal affairs and "welcomes any serious efforts to resolve our differences with our neighbors".