At least 140 Yemenis killed in cholera outbreak in past two days: WHO 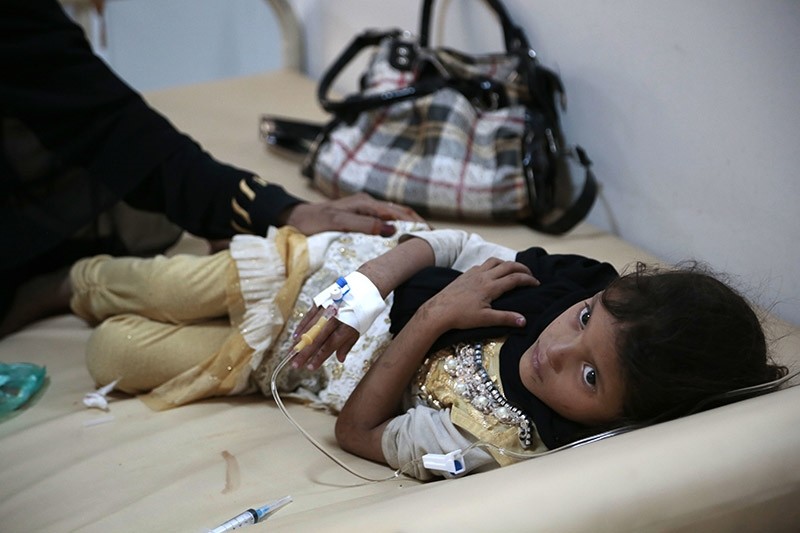 At least 140 Yemenis have died of the cholera outbreak in the past two days, bringing the tally of the epidemic so far to 1,740 deaths, the United Nation's World Health Organization said on Wednesday.

Over 320,000 suspected cases have also been reported by WHO in all of Yemen's 22 provinces, since the epidemic started late last April.

The illness has been spreading far more quickly than anticipated. In June, the U.N. Children's Fund said it expected 300,000 cases by September.

The UN Security Council is due to discuss the outbreak in a meeting Wednesday evening.

The epidemic has been able to spread as more than half of Yemen's health-care facilities are no longer functional because of the ongoing war between the Saudi-backed government and Iran-aligned rebels.

Moreover, civil servants - including doctors, nurses, water engineers and rubbish collectors - have not been paid for nearly 10 months.

The cholera outbreak is feared to accelerate a menacing famine in Yemen, as limited resources are shifted from providing food and drinking water to fighting the illness, the U.N. humanitarian coordinator for Yemen, Jamie McGoldrick, said on Tuesday.

Cholera is a diarrhoeal infection that is caused by the ingestion of food or water contaminated with Vibrio cholera bacteria. Patients can die within hours if they are not treated.